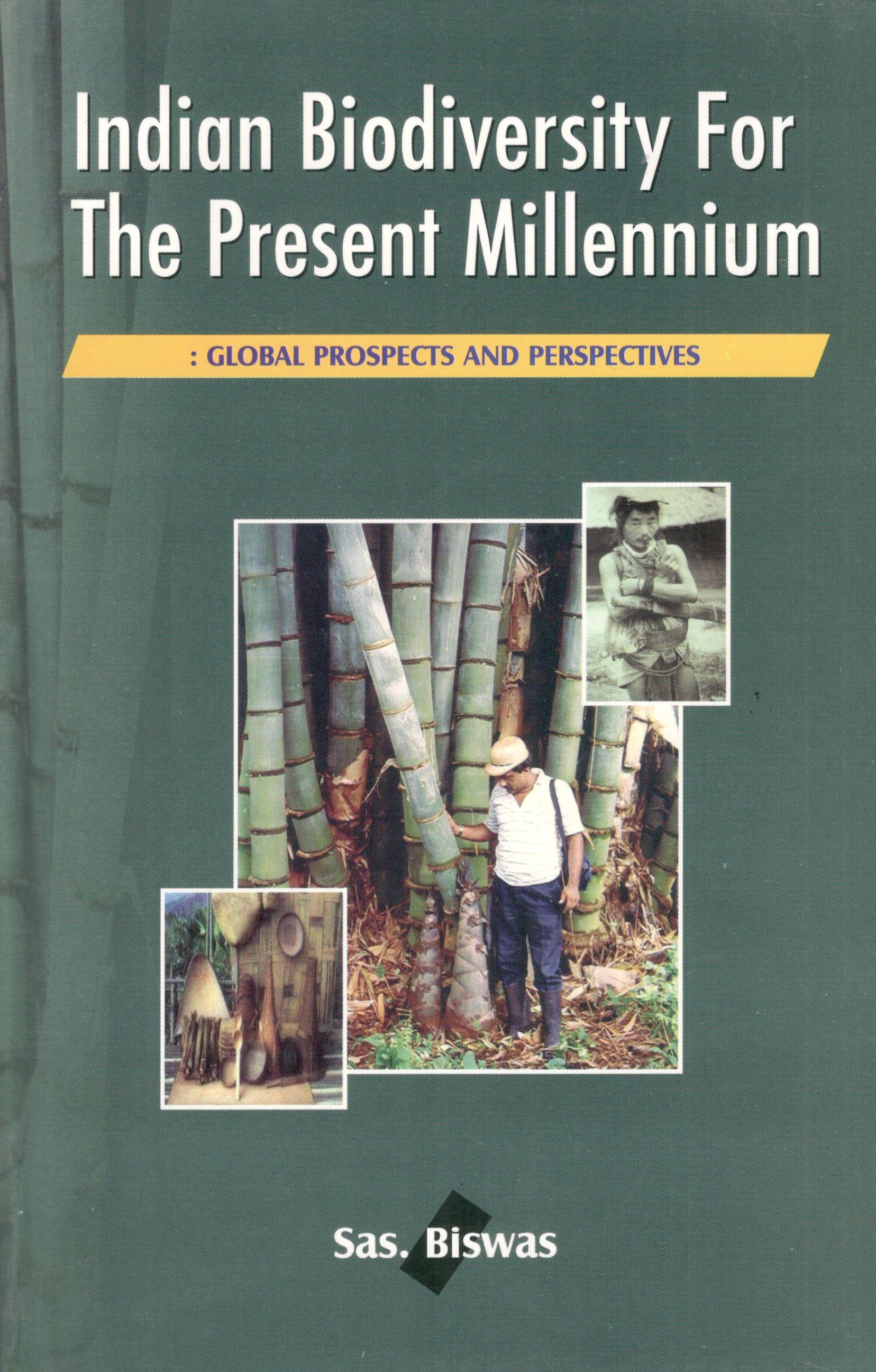 Indian Biodiversity For The Present Millennium Global Prospects And Perspectives

India and adjoining countries with diversity of people, culture and livelihoods are endowed with rich biological diversity and genetic resources. The country in the past millennium contributed immensely towards the development of bio-resource and the management of environment for the welfare of the society and posterity. India has leaped high among the developing countries with the richness of resources and their sustainable management to be placed among the developed nations within foreseeable future. With the global prospects and perspectives, the subject of biological diversity and its management, the country has reached a new height to the world’s attention.

The book on Indian Biodiversity for the Present Millennium: Global Prospects and Perspectives with 11 chapters brings to the reader accounts on the Indian biological diversity, known and under-exploited with potential for the present millennium, forest and medicinal flora, domestic animal and marine biodiversity with threat perceptions, and conservation needs and priorities. The chapters provide enumerated accounting on species diversity with extent of distribution based on inventorization, monitoring and characterization comprehensively. Conventional international norms for threat categories on species and the newer trends on the habitat are specifically dealt along with criteria and indicators. A chapter provides an account on the status of assessment and evaluation of floristic diversity in different countries. The book also contributes on the integrated and people’s participatory aspects on the traditional knowledge and grassroot innovations citing examples as case studies from areas of conservation significance. With a view to assessing various adverse impacts on the biodiversity, the treatise deals on different aspects incorporating national and international issues on the subject. The book has annexes on the text of Convention on Biological Diversity (CBD) and Indian Biodiversity Act, 2002, and glossary and abbreviations on various technical terms and forms for ready reference. Each chapter has references cited in the end. For the scientists, the conservationist, students of biology and the nature enthusiast and particularly those interested in learning about the biological diversity of India with global prospects and perspectives, the present book provides substantial information.

Dr. Sas. Biswas has over three decades of experience in systematic and biodiversity studies in India and along the biodiversity rich tracts of Indo-Tibet, Indo-Bhutan, Nepal, Bangladesh, Myanmar and Sino-Himalayan borders covering various aspects of floristic inventory and conservation. He has contributed immensely on the plant taxonomic, floristic and biodiversity management aspects of indigenous traditional knowledge and grassroots innovation of principal tribal communities of the country. Author began his career as a research scholar in forest science in the year 1973. Presently he is a scientist in Forest Research Institute, Dehra Dun (India). He has 150 publications on different aspects of biological diversity to his credit. Dr Biswas is a teacher with nearlky three decades of experience in forest botany and biological diversity, and one could find his students as biodiversity and genetic resource managers and researchers in this country and abroad. Dr. Biswas widely travelled globally for the cause of biodiversity. Some of his significant visits in context to the subject are as FAO Fellow in Germany, Working Group Mwember for Asia Pacific and Oceanic region on Bamboo and Rattan Biodiversity Convention on Biological Diversity (CBD) in Malaysia; South Africa, Chile, China, Argentina etc.