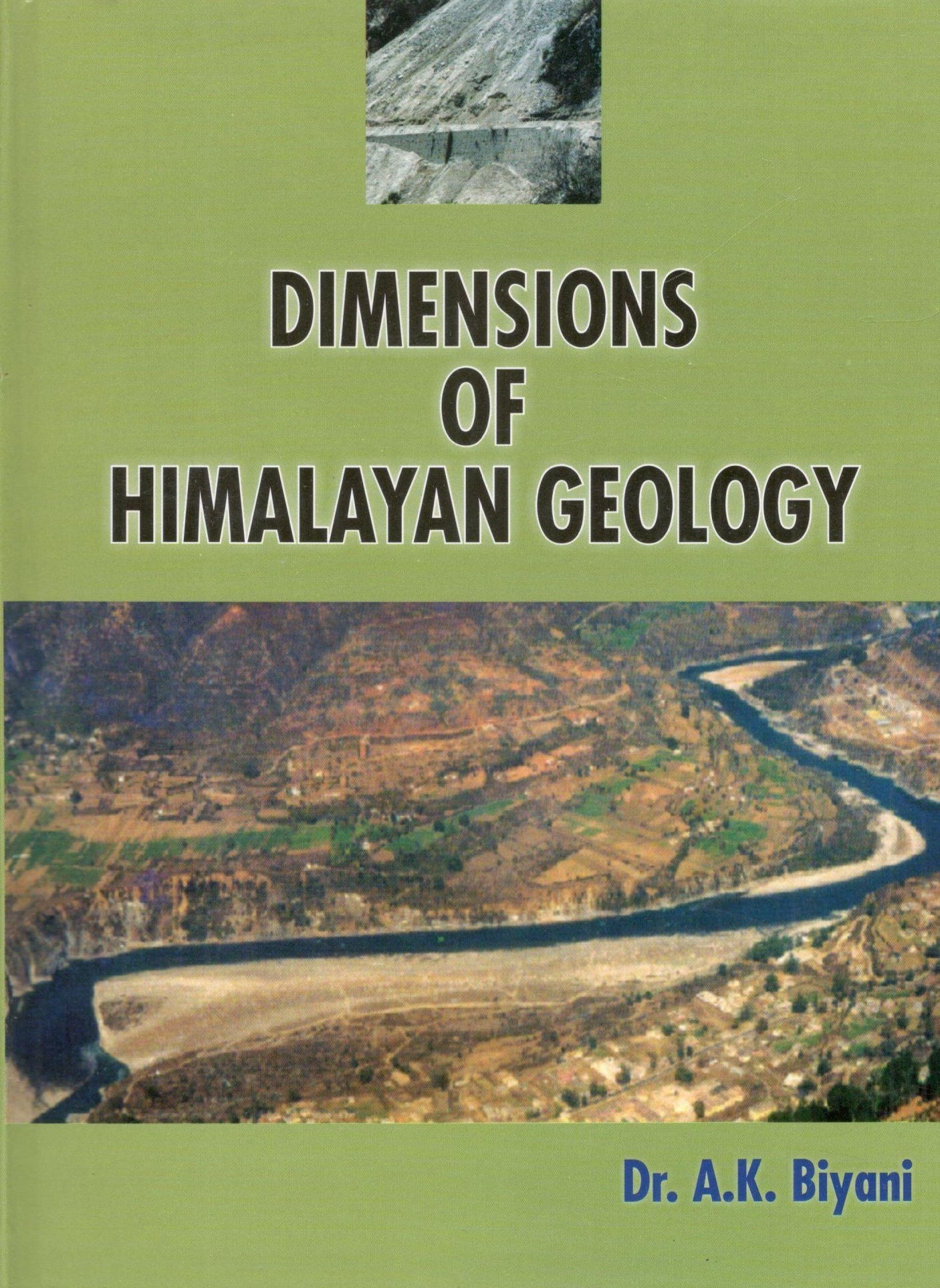 Himalaya, confined between Indus and Brahmaputra rivers and little beyond, is a large geodynamic laboratory of nature where orogen is still in youth to early mature phases of evolution. This mountain of geological late continent-continent collision origin has very ancient history perhaps touching the Archaean. Giant scale endogenous turmoil thoroughly overhauled terrain mostly within the confines of distinct belts or divisions and spectacularly uplifted the terrain in superlative terms. Resting on the foundation of structure, tectonics, geomorphology, stratigraphy and evolution, wings of geology extend much further. Several books, mostly having regional approach of different scales have been written on the Himalayan geology with specified intentions. Dimensions of Himalayan Geology is based on more than direct references and succinctly opens a gateway to different aspects of Himalayan geology. The book apprises the readers with latest findings. The book is addressed to university students for their academic needs and to those who are willing to work in Himalayan terrain. Large number of topics covered in this book is hardly available in any other single book so far. Dimensions of Himalayan Geology will also serve as ready reference book to any one who is interested in Himalayan geology. Different Dimensions of Himalayan Geology are described in thirteen chapters.

After learning the alphabets of geology and higher education in Indore, Sagar and New Delhi, author joined the academic profession in Department of Geology, DBS College, Dehradun. He is having 28 years of teaching experience in structural and metamorphic geology. Dehradun being a hub of research in Himalayan geology, author is also lured by Himalayan charm. His doctoral work in the geologically under investigated Higher Himalayan Yamuna Valley 'a geological marvel' exposed him to larger geological canvass. His 'generalist' approach in research spreading over many branches of geology kept him abreast with a fair view about current status of development in major fields of geology. So far he has published 42 research papers from geothermics to geochemistry and from mass movement to metallogeny in leading Indian journals and in proceeding volumes and dozens of articles on the academic, societal and scientific issues. He is fellow or life member of 20 geological societies. As convenor, author has organized two seminars and worked as member in executive committees of several others. Credit for concepts like social geology, natural disasters safety index, safety maps for reduction of disaster impact goes to author. Under his guidance post graduate students compiled possibly the largest Geological Map of Himalaya on 1 cm to 12 km scale by incorporating large number of published small and large-scale maps. In addition to this Tectonic Zonation Map of Himalaya and Geological Map of Uttaranchal were also compiled in his guidance. Author has successfully completed minor and major research projects funded by the UGC and by B.P. Koirala Foundation and a pre-proposal project of DST. He is also actively associated with Geofraternity- a departmental society of students and teachers for promotion of academic and social activities and the Indian Science Writers' Association for scientific thrust in society.