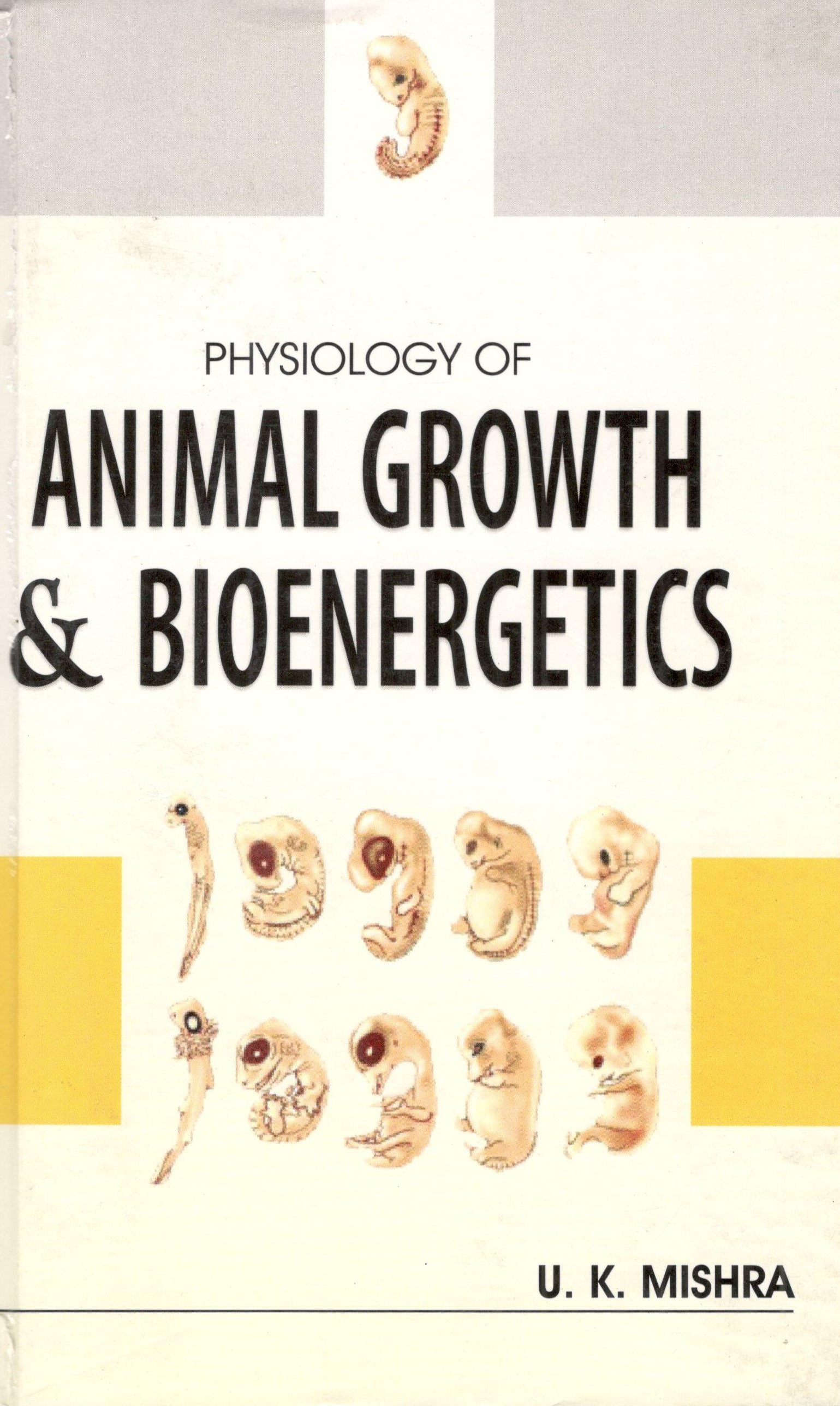 The book entitled Physiology of Animal Growth and Bioenergetics” authored by Dr. U.K.Mishra, consists of two major components, the Physiology of growth in animals and the Bioenergetics. Each component has several chapters dealing precisely with definition of growth, embryonic growth, prenatal growth, postnatal growth, growth curve, factors affecting growth, growth regulators, A new chapter has been added on Physiology of Ageing, which is of special interest to the students and teachers alike to have latest information on this important issue. The Bioenergetics component has also been presented in the form of various chapters dealing with the definition of bioenergetics, various terminology involved and the chapters devoted on oxidation of carbohydrate, protein and fat, anabolism, quantitative determination of heat production, energy metabolism, partition of energy in the body, specific dynamic action and efficiency of productive processes, principle of diminishing increments and net energy values, food consumption during growth, milk production, egg production, muscular work efficiency, energetic efficiency of growth and work processes, including milk and egg production. The book is useful for the undergraduate and postgraduate teaching in the subject of animal physiology, animal nutrition, animal biochemistry and livestock production and management at colleges of veterinary and animal sciences.

Dr. U.K. Mishra has been teaching Veterinary Physiology courses at U.G. as well as P.G. level for more than 30 years. He has also guided many students for the award of MVSc. Degrees. He has published more that 125 research papers in national and international journals and contributed chapters in text books of physiology and pathology. Dr. Mishra has the rare distinction of getting award of “National Biotechnology Associateship” for post doctoral research program from Department of Biotechnology, Govt of India to conduct research in National Institute of Immunology, New Delhi and at University of Saskatchewan, Saskatoon, Canada (1991). As recognition of his research contribution he was conferred “Best Scientist award” in 1991.