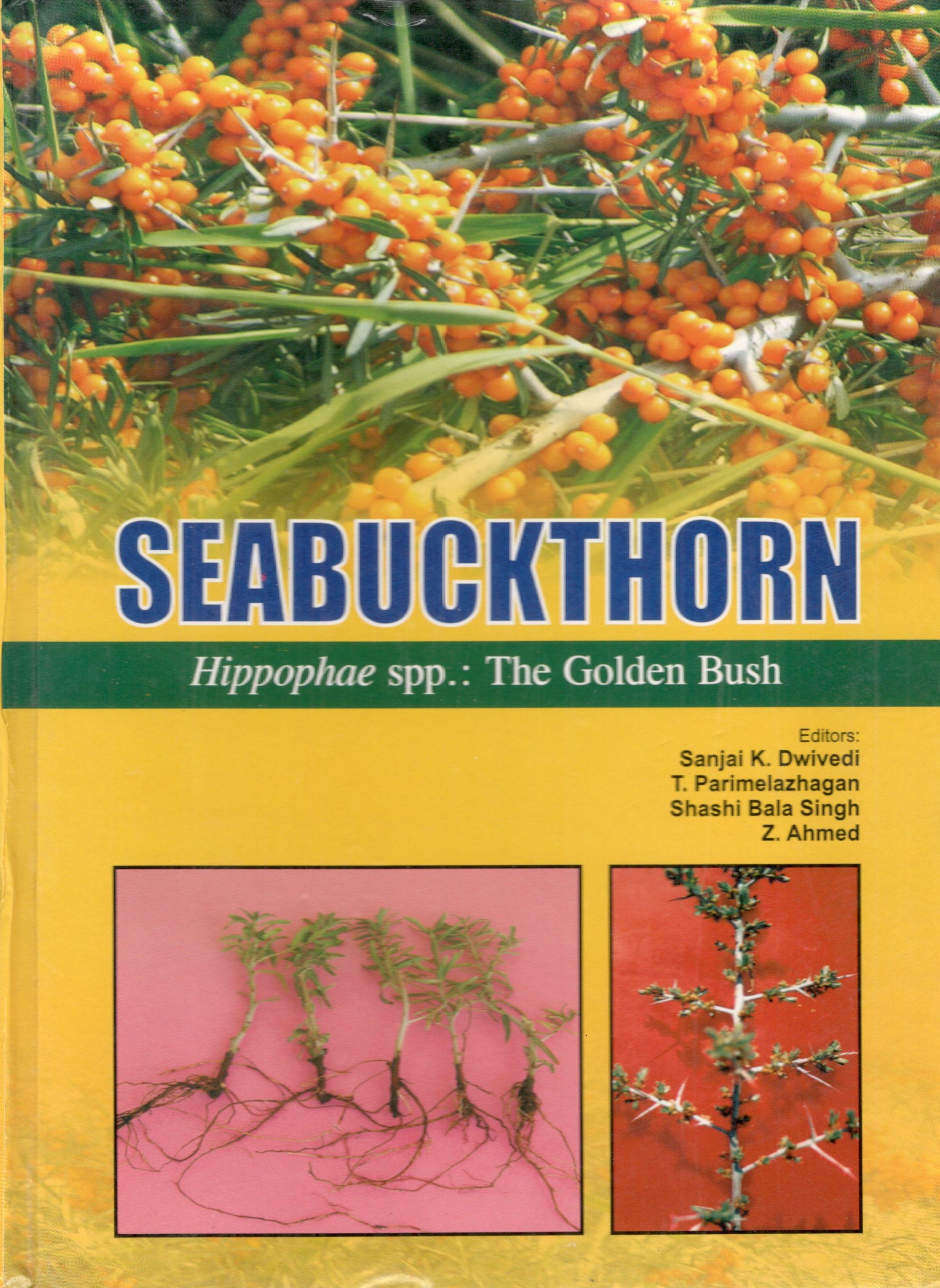 Seabuckthorn (Hippophae species) is a miraculous plant of the cold arid Himalayan region. It is also found growing naturally in various countries of Asia, Europe and America. Almost every part of the plant, particularly fruits and leaves, are a rich source of vitamins and other bioactive substances like carotenoids, flavonoids and sterols etc., which provide it rich nutritional and medicinal properties. The fruit pulp and seed contains valuable oil which is used in preparation of various health foods, cosmetics and medicines. Recently, it has attracted attention of researchers, industrialists and ecologists alike, for its multipurpose value.

The principle aim of this book is to provide scientific information on seabuckthorn. This edited book covers most of the aspects such as distribution, botany, genetic diversity, properties/ phytochemistry, propagation, cultivation, harvesting, conservation and utilization etc. of seabuckthorn. The book includes 19 chapters contributed by 47 experts belonging to 23 different institutions. The chapters have been critically reviewed by eminent experts in the field. The present compilation would be extremely useful for the scientists, academicians, industrialists, environmentalists and people associated with ethnobotany, traditional medical systems and natural products.

Dr. Sanjai Kumar Dwivedi is a Scientist (Horticulture) in Defence Research and Development Organisation (DRDO), Government of India. He has been doing pioneering research on propagation, genetic diversity, cultivation and processing of seabuckthorn since 1996. He has been credited with developing, patenting and commercialization of seabuckthorn beverage in India, which is one of the most popular fruit beverages in the Indian market. He has 05 patents and 50 research publications to his credit besides, 10 chapters in books, 05 monographs/bulletins and 75 popular articles. Dr. Dwivedi is life member in 06 professional societies, member of the editorial board -Progressive Horticulture-, and executive councilor in the Indian Society of Ornamental Horticulture. He is recipient of 4 medals, HSI Golden Jublee Students’Award and two prestigious National Awards namely, Fakharuddin Ali Ahmed Award (ICAR) and DRDO Young Scientist Award.

Dr. Parimelazhagan Thangaraj did his undergraduation from St. Joseph’s College, Trichirappalli and received M.Sc and Ph.D degree from Bharathiar University, Coimbatore. He has worked as Scientist in Defence Institute of High Altitude Research, Defence Research & Development Organization (DRDO), Leh and presently he is Reader in Department of Botany, School of Life Sciences, Bharathiar University, Coimbatore. Dr. Parimelazhagan has received National Science Day Medal and DRDO Laboratory Scientist of the Year award 2005. He has also been conferred with Young Scientist award 2008 in the International Seminar on Medicinal and Aromatic Plants held at Sri Venkateswara University, Tirupathi for his contributions in herbal product development. He has two patents and over 20 research publication in peer reviewed journals to his credit. His current research focuses on the Phytochemistry of medicinal plants for value addition.

Dr. Shashi Bala Singh is the Director, Defence Institute of High Altitude Research, Leh. She obtained her Ph.D in Physiology from All India Institute of Medical Sciences, Delhi in 1986. Dr. Shashi Bala Singh joined DRDO at Defence Institute of Physiology & Allied Sciences, Delhi in 1990. She has vast experience in the field of high altitude human physiology. She has made excellent contributions in the field of Neurosciences. She took up the challenge to find out the solution to the problem of hypophagia and cognitive functions impairment at high altitude. Her work has led to the elucidation of some basic mechanisms involved in hypophagia at high altitude in terms of taste receptor sensitivity changes. The impairment in cognitive functions is mainly due to the oxidative stress leading to neuro-degeneration in brain structure involved in learning and memory. She is the life member of International Brain Research Organization (IBRO), Association of Physiologist and Pharmacologists of India (APPI), Physiological Society of India (PSI), and Indian Academic of Neuroscience. She is the fellow of Indian Association of Biomedical Scientist (FIABMS) and Indian Academy of Neuroscience (IAN). She has over 60 publications to her credit in reputed international and national Journals. Dr. Shashi Bala Singh is the recipient of several awards and honours i.e Dr. J.N. Maitra Memorial Oration award in 2003, Bharat Nirman Talented Ladies award in 1995 for the outstanding contribution made in the field of life sciences, DRDO laboratory scientist of the year award in 2006 and Surg Rear Admiral M S Malhotra Prize in 2007 and Prof Baldev Singh Oration in 2007. Recently she received DRDO Technology Spin off Award -2007 from Prime Minister of India in May 2008.

Dr. Zakwan Ahmed is Director, Defence Agricultural Research Laboratory (DRDO) – Pithoragarh since 01 Sep. 2007. He is serving Defence Research & Development Organisation since last 20 years. Dr. Zakwan Ahmed contributed significantly toward varietal/hybrid development in vegetables including infrastructure development during his tenure in DARL, Pithoragarh. During his tenure as Director FRL, Leh from 2004-2007, Dr. Ahmed has Made significant contribution in lab to land programme which have boosted the supply of fresh vegetables to the army in ‘L’ sector 14 Corps zone, the most hostile and highest battle field of the world. It is because of his persistent efforts that seabuckthorn herbal beverage and DRDO herbal tea could be inducted in high altitude special ration of army. He has also designed morphological descriptor for seabuckthorn. Dr. Ahmed has 50 research papers in National and International journals, 06 chapters in books, 02 books and 07 technical bulletins to his credit. He has been awarded Laboratory Scientist of the year award 2004, Certificate of Honour of GOC, 14 Corps-2005, DRDO scientist of the year award -2006, Bioved scientist of the year award-2007 and he has also been honoured honorary Fellowship (FRSCS) of the Royal Society of Crop Science-2007. He visited China and presented research paper in the 2nd International Seabuckthorn Association Conference. At present he is actively engaged as a programme Director of DRDO-Army Biodiesel Programme.