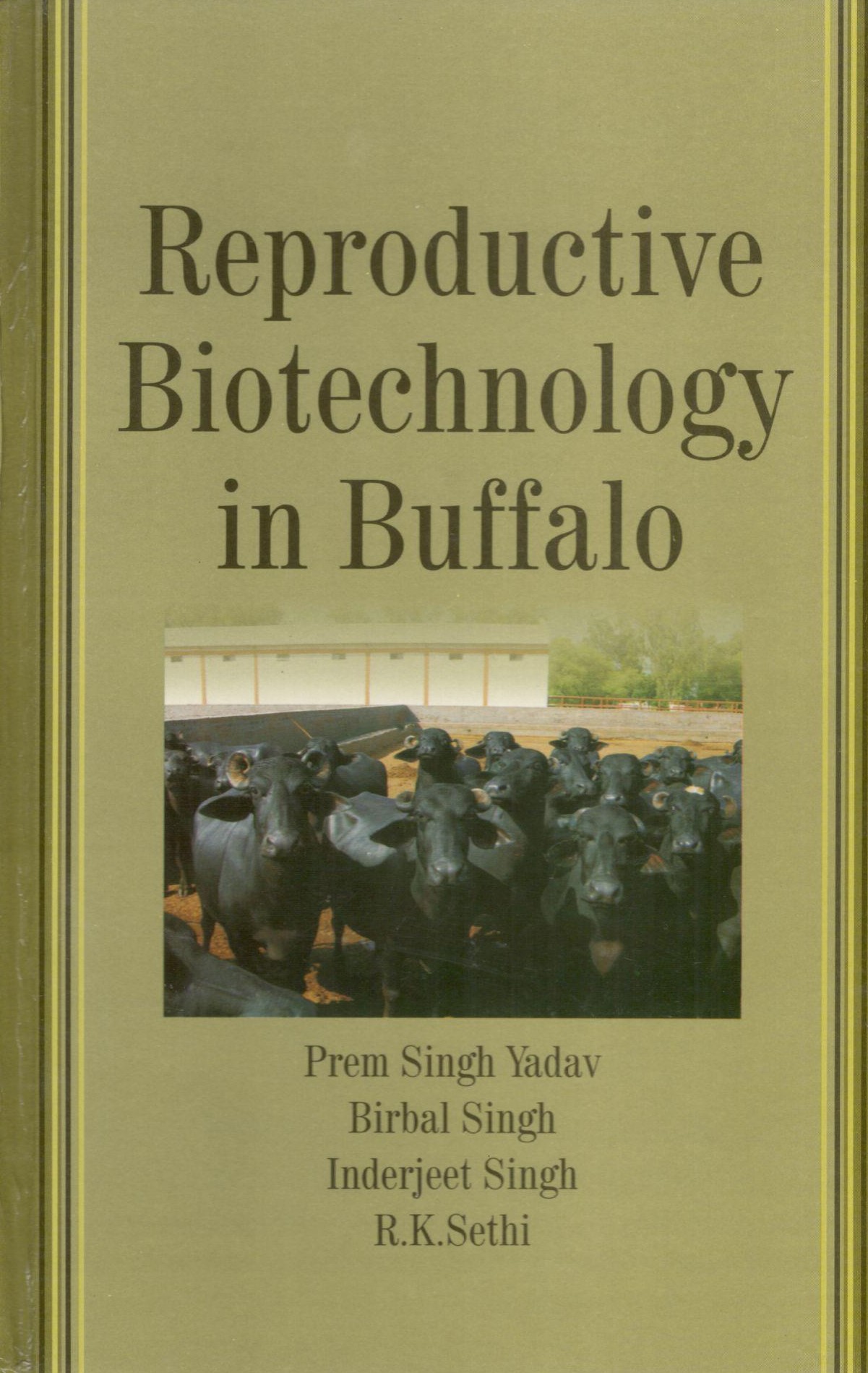 Reproduction Biotechnology in Buffalo is the first book of its kind to provide readers with comprehensive information to augment bubaline production. This insightful and thought-provoking collection of chapters aims to review cutting-edge technologies and scientific advances in livestock production and conservation. The book begins with discussion on general aspects of global distribution and domestication of water buffalo (Bubalus bubalis) and its role as indispensable and multipurpose livestock species. Embryo transfer, in vitro embryo production, cryopreservation of oocytes, embryos and somatic cells are reviewed. The authors then describe recent developments in sex pre-selection, animal cloning, stem cell technology and biopharming using transgenic animals before concluding chapters on animal embryo-developmental block, nuclear reprogramming and role of molecular biological and genomic applications in overcoming the key problems currently associated with advanced assisted reproduction technologies. Bottlenecks associated with these technologies are identified and possible suggestions to overcome their major limitations are proposed. The chapters include figures, original illustrations, photographs and tables. The target readers for the book include undergraduate and postgraduate students of various agriculture and animal husbandry academia, teachers, professionals and researchers in applied animal sciences including biotechnology, physiology, reproduction and nutrition.

Dr. Prem Singh Yadav graduated from college of Agriculture HAU, Hisar, Haryana in 1985. He obtained his M.Sc. in 1987 and Ph.D. in 1991 from Department of Animal Production Physiology, College of Animal Sciences, CCSHAU, Hisar. Dr Yadav joined Agricultural Research Services of ICAR in 1993 as Scientist, Animal Physiology. He got selected as Senior Scientist in 2000 and promoted as Principal Scientist in 2008 at Central Institute for Research on Buffaloes, Hisar (Haryana). His research work remained mainly on embryo biotechnology and livestock stem cell research. As Overseas Associate of DBT, Government of India, he studied potential of bovine embryonic stem cells in Institute of Animal Sciences, Germany. He is working on adult stem cells in buffaloes with grants from DBT. Dr. Yadav has organized ICAR sponsored short course and summer schools. He has published 17 papers in international and national journals, edited compendia of conferences and trainings and guided M.Vsc and Ph.D. students.

Dr. Inderjeet Singh graduated from the College of Veterinary Sciences, Haryana Agricultural University, Hisar in December 1982. His M.Vsc thesis research laid the foundation for embryo biotechnology work in the university. He was awarded the coveted Commonwealth fellowship to pursue Ph.D from the University of Liverpool, U.K., which he completed in 1994. Dr. Singh started his professional teaching and research career from Haryana Agricultural University in 1985 and continued till his selection as Principal Scientist at the Central Institute for Research on Buffaloes, Hisar in 2001. Dr. Singh was elected Fellow of the National Academy of Veterinary Sciences and was selected for Dr. C.R. Sane Oration by the Indian Society for Study of Animal Reproduction (ISSAR) in 2004. He also served as the General Secretary ISSAR from 2005 to 2008. He has guided several M.Vsc and Ph.D. students. He has served on several important committees of the Government of India, and selection committees for teaching, research, extension and administrative positions. He has published two books in Hindi, two practical manuals besides editing several proceedings and compendia of scientific conferences, trainings etc. He served as Editor of the Haryana Veterinarian and on the Editorial Board of Intas Polivet. In pursuit of scientific agenda, Dr. Singh has visited over a dozen foreign countries.

Dr. R.K. Sethi graduated in Animal Sciences in 1974 and completed Masters Degree in the field of Animal Genetics & Breeding from Haryana Agricultural University, Hisar during 1976. He joined ICAR in Agricultural Research Services in 1977 as Scientist S-1 at the National Dairy Research Institute, Karnal. He acquired Ph.D. degree in Animal Genetics & Breeding in 1983 as in service candidate from NDRI Karnal. Selected as Scientist S-3 (Principal Scientist) in 1988 and joined at Central Institute for Research on Buffaloes, Hisar (Haryana). He has been looking after the charge of Project Coordinator (Buffalo) of the Network Project on Buffalo Improvement with 15 centers located in different parts of the country since 1993. He is Director of Central Institute for Research on Buffaloes, Hisar since Nov., 2007. He has 69 research papers at his credit in national and international journals and more than 100 presentations in Conferences/Symposia/Seminars etc. He has guided 5 M.Sc. and 2 Ph.D. students. He has visited several countries to participate in trainings/seminars etc. including Bulgaria, USA, Vietnam, Egypt, Brazil and China.