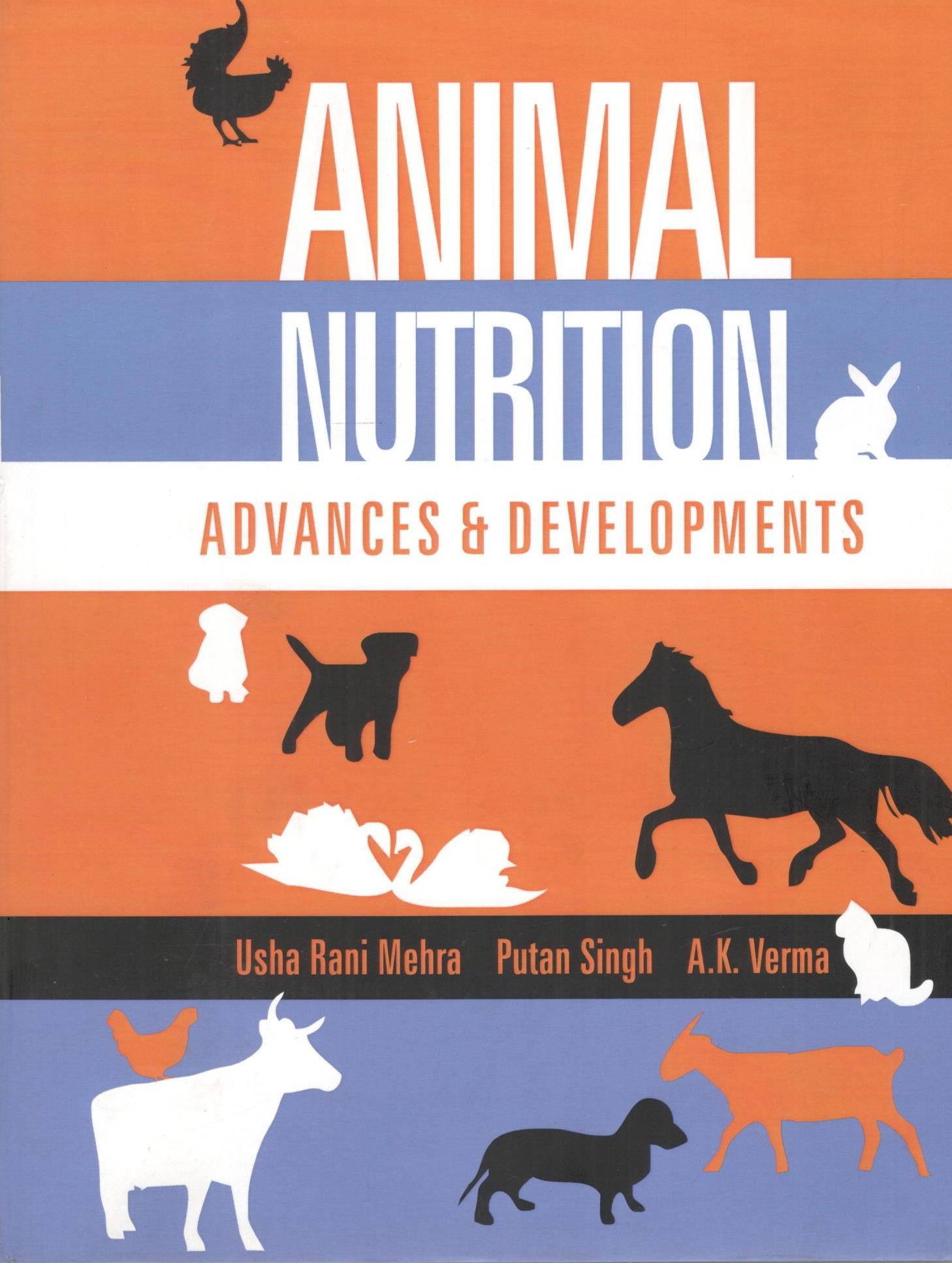 The rapid changes in the scientific know how of the science of Animal Nutrition have taken place in last two decades. Most of the books on Animal Nutrition describe feeding practices prevalent in agriculturally advanced western countries, which are not appropriate for many of the developing countries. Therefore, there is a much felt need for a text book of advanced animal nutrition for students from Asian and other developing countries. This book is written in a very simple illustrative and coherent manner with all updated information so that every student of animal science including scientist/researchers and academicians, at national and international level will be benefited. This book is the result of a multi-author effort. The contributors were invited at national as well as international level for their expertise as topics and professional involvement. This book attempts at providing a clear, thorough and up-dated information fundamentals to animal nutrition, as well as its application, each topic is discussed from a multidisciplinary angle to aid and assist understanding, and not merely as a routine to fulfill the requirement of syllabi. Many chapters are devoted to special topics like feeding of Yak, Mithun and Equines in changing scenario of Animal Nutrition, some recent topics like global warming due to methane emission by livestock, environmental issues in livestock rearing and polices, quality assurance for livestock production and prospects of feed from genetically modified plants in livestock feeding etc. have been introduced. In editors opinion, this book will be extremely useful to all persons at national and international level who are directly involved with the science of Animal Nutrition.

Dr. Putan Singh (Editor), Born on October 31. 1960 at Village-Bhuria, Post-Kachura, District-Sitapur, U.P. Dr. Putan Singh did his B.Sc. (Ag & AH) in 1984 from Chandra Shekhar Azad University of Agriculture and Technology, Kanpur and M. Sc. and Doctorate in Animal Nutrition from Indian Veterinary Research Institute (IVRI), Izatnagar, Bareilly in 1987 and 1991, respectively. He got IVRI Junior and Senior Research Fellowships for his Master and Doctorate Research Work. He started his research career in ARS in June 11, 1991 as Scientist from NAARM, Hyderabad & subsequently after foundation course and subject matter training he joined IVRI, Izatnagar & Mukteshwar, Kumaon and he became Scientist (Sr. Scale) in 1995. Thereafter, he moved to IVRI, Izatnagar in 1995 and became Senior Scientist and Principal Scientist in 2000 and 2008, respectively. Dr. Singh has been given an additional responsibility of Co-ordinator, Farm & Estate Section, IVRI, Izatnagar in October, 2009. Dr. Singh also received FAO/IAEA Joint sponsorship with UPM/MARDI for Training Workshop at Malaysia in 2002. He has the honour of receiving appreciation award from ISEE, New Delhi in 2009 and honour of award from Director cum Vice-Chancellor, IVRI, Izatnagar in 2010. He became the member of Extension Council of the Institute in 2010. Since 1992, he worked as Co-PI and PI in several institutes and externally funded research projects viz. AICRP, ICAR Ad hoc Schemes. NATP, NATP (CGP) and NATCOM besides contractual research project. He has contributed more than 100 publications in reputed research journals, technical bulletins, compendia and books. He has developed several processing methods and technologies and submitted patents and registration of two Threshing cum Feed Treatment Machine and Pashu Choeolater. He has also supervised several MVSc and PhD students and successfully organized few short courses for personnel of National Agricultural Research System. He is a life member of ANA and several other professional societies and associations. Dr. Singh is widely acclaimed for his significant contributions as the treasurer and secretary of the ANA. He has honour to become member of organizing committee of the ANA World conference, which was held successfully at NASC complex, New Delhi in February 2009

Dr. A.K. Verma (Editor), Born on August 31, 1962 at Village Pasana, District Sultanpur of U.P. Dr. Ashok Kumar Verma did his BSc Ag (Honours) from Kanpur University, Kanpur in 1982, MSc (Ag) in Animal Nutrition from Govind Ballabh Pant University of Agriculture and Technology, Pantnagar in 1985 and PhD in Animal Nutrition from Indian Veterinary Research Institute, Izatnagar in 1991. He started his research career in 1991 as a Scientist in Animal Nutrition Division of IVRI and presently working as Principal Scientist. Dr. A.K. Verma is a distinguished Animal Nutritionist and contributed in the area of urea molasses liquid diet, bypass protein sources and estimation of microbial protein production in ruminant livestock. He acquired training on Near Infrared Reflectance Spectroscopy at Scottish Agriculture College, U.K. under FAO/ AHRD programme in 1998. He was awarded coveted Wellcome Travelling Post Doctoral Research Fellowship in 2001 for two years by The Wellcome Trust; U.K. He is recipient of prestigious Hari Om Ashram Trust Award of ICAR, Fellowship of Animal Nutrition Association (FANA) and National Academy of Agricultural Sciences (FNAAS), New Delhi. He is one of the Editors of Animal Nutrition and Feed Technology, the official journal of Animal Nutrition Association. He is General Secretary and a life member of ANA and various other professional societies. He is an experienced academician and researcher having published more than 85 research papers in various National and International Journals of high impact factor and presented papers in conferences and symposia. He has taught and guided many MVSc and Ph.D. students in the discipline of Animal Nutrition