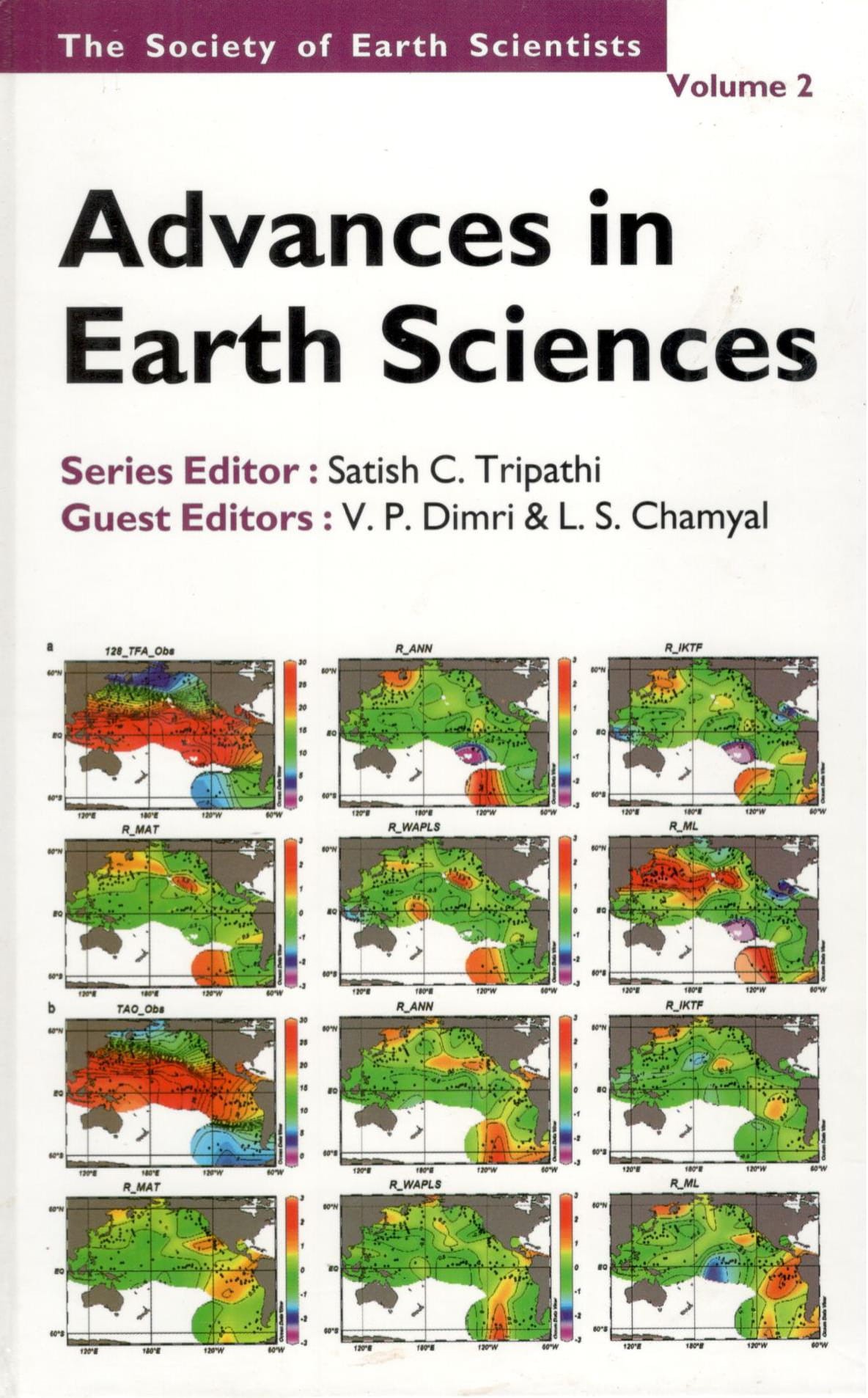 The Advances in Earth Sciences is a multidisciplinary book series addressed to all the domains of earth sciences. It is an attempt to bring the researches in all the spheres of the Earth at a single platform to appraise earth scientists about the recent developments in various disciplines in order to promote multidomain interaction and research. This book is also the print edition of the open access quarterly e-Journal Earth Science Indiawww. earthscienceindia.info, Volume-II, 2009. The e-Journal Earth Science India provides an opportunity of earliest possible publication of the research work where as the book Advances in Earth Sciences serve the purpose of archival and record. The papers address to fundamental earth science researches to the aspects of societal needs. It is the publication of The Society of Earth Scientists (SES).

Dr. V.P. Dimri, F.N.A., F.N.A.Sc. is Former Director, National Geophysical Research Institute, Hyderabad. His outstanding contribution is in the field of signal processing, inversion and application of fractal theory. He is the author of three books, over 100 research papers and one US patent, which is being commercialized. His first book ‘Deconvolution and Inverse Theory’ Elsevier, 1992 was declared as a ‘Didactical Masterpiece’ and serves as a reference book in the field of inversion. Dr. Dimri designed major scientific programmes in sectors of ‘Ocean Studies’, ‘Energy and Water Security’, ‘Risk Assessment’ and ‘Frontier research areas in solid earth geophysics’. American Geophysical Union has honoured him with prestigious Lorenz Lecturer Award. He is also a recipient of the prestigious National Mineral Award; DOD Award, Govt. of India; Outstanding Scientist award of FAPCCI and Prof. G. P. Chatterjee award of ISCA. He has been elected Fellow of the Third World Academy of Sciences, Indian National Science Academy, National Academy of Sciences and AP Academy of Sciences. Dr. Dimri recently conferred with the prestigious “Padma Sri” award.

Prof. L.S. Chamyal, F.N.A.Sc., Department of Geology, The M.S. University of Baroda, has made pioneering contributions to the understanding of the geological, tectonic and climatic events in western India during the Quaternary. He has developed a unique approach and methodology for investigating the alluvial plains and has provided a detailed Quaternary stratigraphy of western India, established type sections for both Pleistocene and Holocene epochs, inferred landscape evolution in relation to changing palaeoenvironment and tectonics. He has supervised over a dozen Ph.D. theses and has published more than 80 outstanding publications in peer review journals in India and abroad. He has received a number of prestigious awards and honours and is an active member of the several academic/advisory committees.

Dr. Satish C. Tripathi is Honorary Editor of the e-Journal Earth Science India and Secretary, The Society of Earth Scientists (SES). His main areas of research are structure and tectonics of Precambrians of Himalaya and Central India and Cretaceous of Narmada valley. Dr. Tripathi also led an expedition in the higher reaches of Himachal Himalaya to resolve the structural problem pertaining to Main Central Thrust. His exemplary contribution is in the field of dinosaur fossil bearing Cretaceous sequence of lower Narmada valley in establishing its stratigraphy, palaeogeography, palaeoceanography and palaeo environmental signatures of extinction at K/T boundary. He is also member of NWG of IGCP-507. Dr. Tripathi has about 34 research papers to his credit, in international and national journals. He is at present associated with the Geological Survey of India.