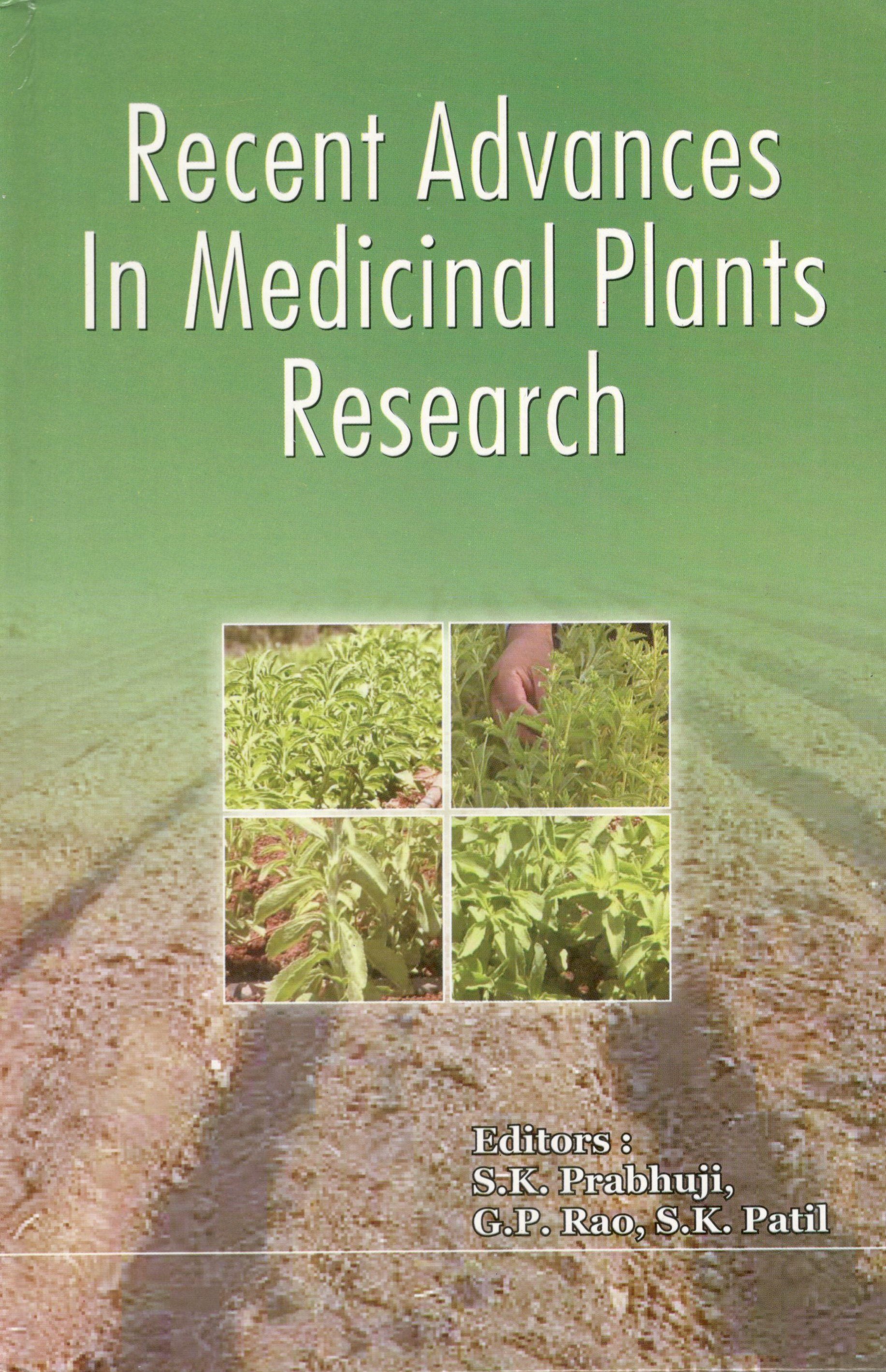 There is no Man on this Earth who is incompetent and there is no plant which is of no Medicinal use. Where everything is present, infact, a man to manage them properly is seldom available. During the past decade, demand for medicinal plants and its products as well as traditional health system attracted the worldwide interest. India, being the Botanical Garden and Treasure house of Biodiversity with its diverse ecological conditions, rich ethnic diversity and a strong traditional knowledge base, accounts for 45000 plant species , out of which more than 8000 species are used in some 10000 herbal drug formulations. Ninety percent of the herbal industry's requirement is taken out from the forests, resulting into their destruction. There is no reliable assessment to the volume or value of the herb-related trade in India, but the conservatives put the quantity of dry raw material collected at 0.5 million tons each year. The global plant based drug is projected between US $ 30 and 60 billion with a 7% annual growth rate but, India has only a 2.5% share in it. Even so, there is a positive realization that the demand is fast outstripping supply, putting an unreasonable pressure on our wild phytoresources. this has already placed certain species at risk and other will soon follow, if immediate corrective measures are not taken. Conservation of Medicinal plants has to be viewed not as an end in itself but as a means to enhance; the conservation and cultivation of our precious biowealth for sustainable utilization an in ensuring equitable sharing of the benefits derived from the use of Biodiversity. Our knowledge about the aforesaid is still inadequate and needs further extensive and intensive investigations, so as we have full spectrum at hand. This edited book, containing most of the aspects related with medicinal plants, would provide a compiled literature on biodiversity, agro technique, pathological problems, indigenous knowledge base, pharmacology, photochemisty, biotechnology and marketing patterns etc. which be really useful for growers, technologists and industry people involved in medicinal plant research. ISBN 8190228994 Rs. 3950 US $ 95.00

Dr. Shakti Kumar Prabhuji is working as Head, Department of Botany, Udit Narain Postgraduate College, Padrauna (Dist. Kushinagar), India and has been teaching Ethnobotany, Microbiology and Morphogenesis since 1975. He has earlier served as Lecturer in Department of Botany, St. Andrew's College, Gorakhpur, India. He is a prolific researcher. After doing his Ph.D. in Aquatic Mycology in 1979 from Gorakhpur University his contributions are in various branches of Botany, viz., Aquatic Mycology, Fish-mycopathology, Medical Biotechnology, Biophysics, Biomathematics and Plant morphogenesis. He has published several research papers in Indian and foreign Journals of repute and has two text books on Plant Morphogenesis to his credit. He is Secretary of Green Blessings and working on endangered medicinal plants of India. He is fellow of various academic societies including Indian Botanical Society. He is currently working on Medicinal Plants, various aspects of Aquatic Mycology and Electrophysiological experiments on plants to develop prior alarm system for natural disasters.

Prof. S.K.Patil was born on 22nd April 1956 at Dharwad, a city known for education in Karnataka. He did his B.Sc. (Agric.) from College of Agriculture, Dharwad in 1977 and M.Sc. (AGRIC.) in Soil Science in 1979 from the University of Agricultural Sciences, Bangalore, Later in 1980, he joined World Bank aided National Agricultural Research Project as research Assistant at Agricultural Research Station, Bijapur. In 1983, he was selected as Assistant Professor of Soil Science. He visited to United States of America in 1987 to pursue his Ph. D. in Wood Science and Technology at the University of California, Berkelay in the prestigious ford Foundation Fellowship. Then, he did his doctoral research at Dr. Y.S. Parmar University of Horticulture and Forestry, Solan (Himachal Pradesh) and got his Ph.D. in Forest products and Utilization during 1992. In the same year, he was elevated to the cadre of Associate Professor. Then in 1999, he was selected as Professor of Forest Utilization at College of Forestry, Sirsi (Karnataka). Since 2001, he has been serving as the Director of Instruction (For) and constantly striving to raise the infrastructural facilities and academic standards of Sirsi campus. Dr. S. k. Patil is a member of several Academic Bodies such as Board of Studies, Academic Council, Research Council, Extension Council of UAS, Dharwad and Research Advisory Council of Institute of Wood Science and Technology, Bangalore, etc. Dr. Patil has been instrumental in organizing several national level seminars such as "Production and Utilization of Bamboo and Ratan", "Production, Processing and marketing of Vanilla", "Cultivation and Marketing of Medicinal and Aromatic Plants in India", etc. in collaboration with other organizations at Sirsi. Several M.Sc. and Ph.D. students have completed their Post-Graduate degree under his guidance. He has published many research papers and popular articles for the benefit of farmers. He is currently pursuing the research area on "cultivation, processing and marketing of medicinal and aromatic plants", as this can directly benefit the farmers to improve their financial status. He has handled research projects funded by State and Central Government. Dr. Patil has been recognized as a subject matter expert by UPSC and ASRB, New Delhi and State Agricultural Universities.

Dr. Govind P. Rao is Secretary of 'Society for Conservation and Resource Development of Medicinal Plants' and member of Editorial Board of 'Journal of Medicinal Plants'. Dr. Rao is working as Senior Scientist at Sugarcane Research Station, Gorakhpur, India. Dr. Rao is a fellow of Indian Phytopathological Society and Sugarcane Technologists Association of India. Dr. Rao has worked on biological properties of many medicinal and aromatic plants and has published more than 100 research publications to his credit. He has also published books on Sugarcane Pathology, Fungal Diversity, Sugarcane Agriculture and Industry and Medicinal Plants. He is also Editor-in-Chief of Sugar Tech, an international journal of Sugar Crops and related Industries. He is also regular member of important scientific societies of India and abroad. He has worked and visited many scientific laboratories of USA, France, Yugoslavia, Scotland, UK, China, Sri Lanka, Australia, Singapore, Malaysia and Thailand. He has been involved in the research on sugarcane pathology for the last 17 years. He is currently working on the diagnosis, characterization and management of sugarcane pathogens. He is also currently working on organic cultivation and pests management of medicinal plants especially Stevia and safed musli.