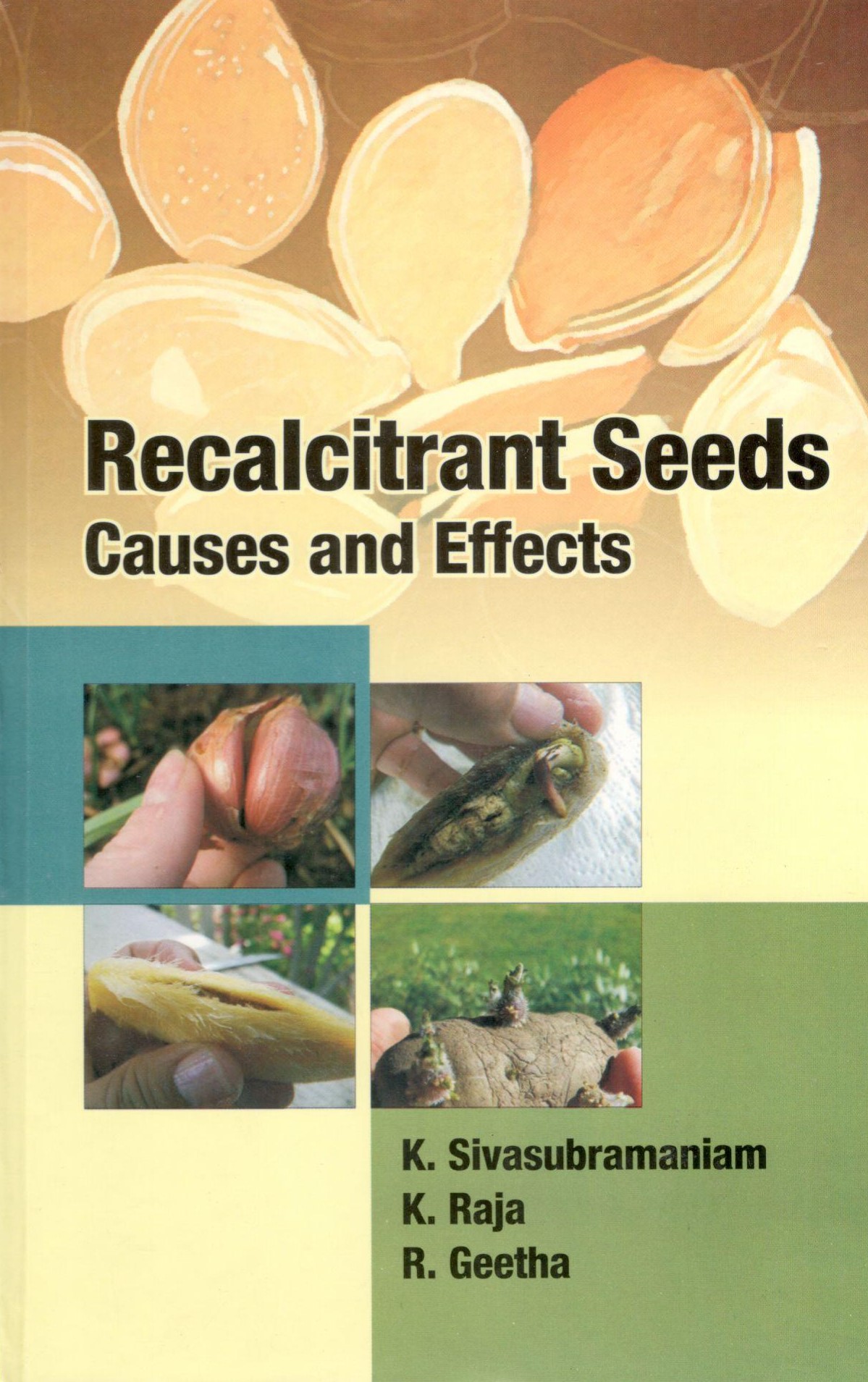 This book is a result of intense scrutiny into recalcitrant literature, thus may be exhaustive and useful to fellow scientists and teachers. The authors however would caution the reader, about the necessity to use this book as the first step into the world of recalcitrant phenomenon. It may serve as a beacon into future research and help them to appreciate the world of nature.

Professor Dr. K. Sivasubramaniam is scientist of many hues. He did is graduate, post graduate and doctorate in the prestigious Tamil Nadu Agriculture University, Coimbatore. With twenty two years spent in seed production, teaching and extension activity he is well known in the field of seed science and has authored five books that have been well received by the peer community. He has also to his credit several schemes and research projects. Presently he is the Professor and Head of Department of Seed Science and Technology, Agricultural College and Research Institute, Madurai, Tamil Nadu.

Dr.K.Raja, Assistant Professor, Seed Science and Technology joined the faculty during 2004. He did his doctorate in recalcitrant seed physiology of arecanut which forms genesis of this book. An avid reader and budding scientist he is an enthusiastic and quite worker. With several international articles to his credit he is currently researching the use of cashew nut shell liquid for controlling bruchids.

Dr. R. Geetha is Associate Professor in the Dept. of Seed Science and Technology at Agricultural College, Madurai. She has a wide range of experience spanning over 15 years. Her knowledge spreads over agricultural and horticultural crops. She has published several scientific articles and manuals for undergraduate courses. Her primary focus is on seed priming techniques.