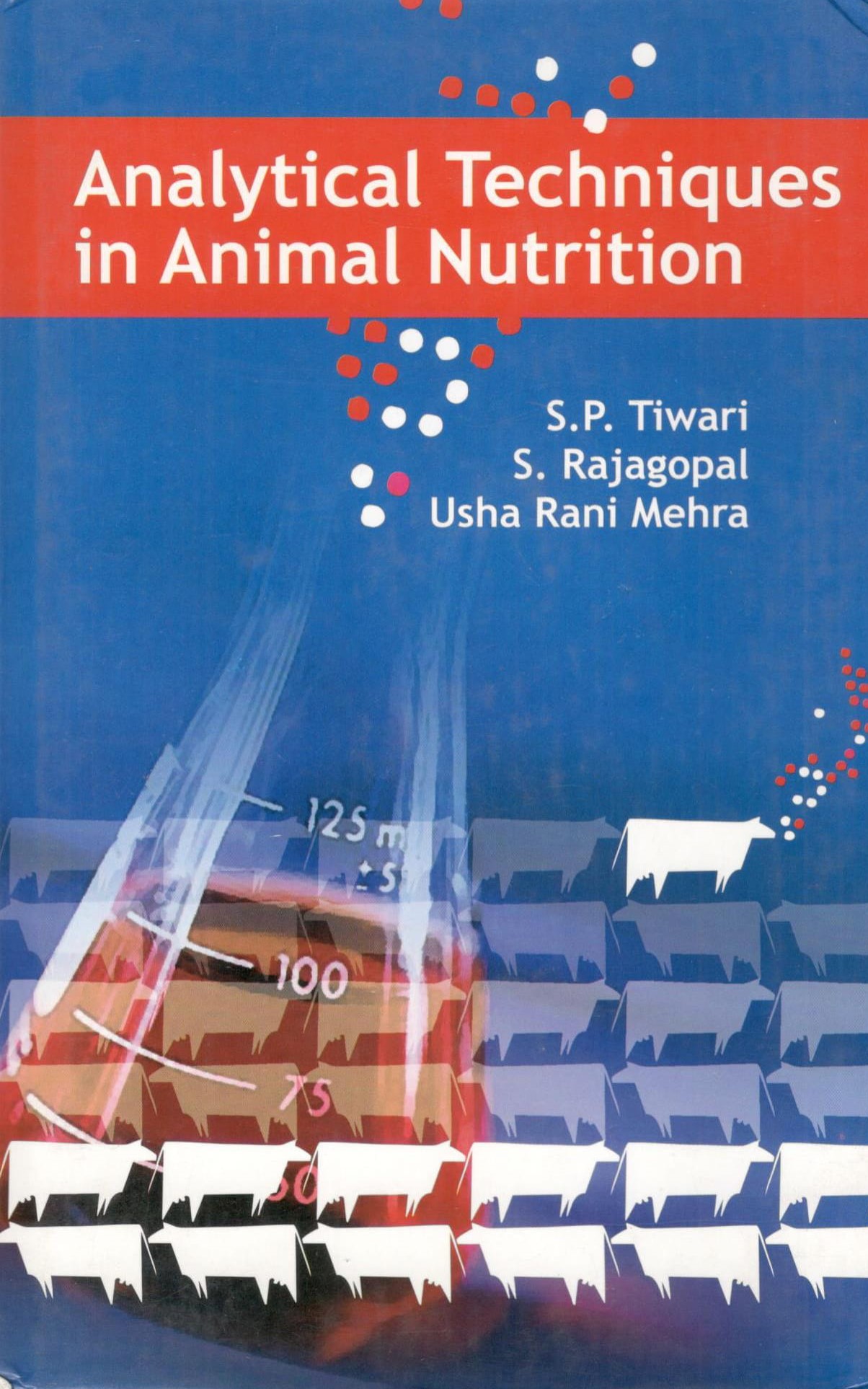 There are some laboratory manuals on Animal Nutrition and feeding written by eminent teachers and scientists. But no single manual on Animal Nutrition caters the needs of undergraduate and post graduate students of Veterinary science by providing all informations at a single source. This book comprises of principles of animal nutrition, evaluation of feed stuffs and feed technology and applied animal nutrition covering feeding of livestock, poultry, human beings, pet, rabbit and laboratory animals. This book contains the informations as required in the new syllabus and examination system approved by the Veterinary Council of India.

Book consists of two Sections (Section-I and Section-II). Both Sections contain two parts (Part-I and Part-II) and thus four parts correspond to four courses. Each Sections provides a structured approach to learning by covering 'all the practical topics in a uniform, systematic format. This book is designed to give the students rapid, easy access to all the material in a course wise format which benefit them prepare for the internal examinations and external examinations economically and ensure exploit their potential to a greater extent. The topics are detailed in a straightforward and hopefully lucid manner.

By using this book as a guide, if the students get a clear understanding and a systematic and methodical approach to the subject, the purpose of writing this manual is accomplished.

Dr. S.P.Tiwari is Professor and Head, Department of Animal Nutrition at College of Veterinary Science and Animal Husbandry, Anjora, Durg, under the aegis of Indira Gandhi Krishi Viswavidyalaya, Raipur, Chhattisgarh. Dr. Tiwari did his BVSc & AH from College of Veterinary Science and Animal Husbandry, Mhow, in 1981 and received Maj. Juneja Trophy for getting highest marks in the faculty as "Best out going student". Dr. Tiwari did his MVSc in Animal Nutrition from Haryana Agriculture University, Hissar in 1983. He has completed his PhD in Animal Nutrition from Indian Veterinary Research Institute, Izatnagar in 1988. He started his career as Assistant Professor in Himachal Pradesh Agriculture University, Palampur from 1988 to 1991 and subsequently Associate Professor at Rajasthan Agriculture University, Bikaner from 1991 to 1993. Thereafter, he joined in the same capacity at Indira Gandhi Agriculture University, Raipur from 1993 to 1999. Dr. Tiwari joined the same University as Professor of Animal Nutrition in 1999 and Head of the Department in 2004 and continuing in the same capacity at the College of Veterinary Science & AH, Anjora, Durg. Dr. Tiwari is a distinguished Animal Nutritionist and contributed significantly in the area of strategic supplementation, integrated farming system, Medicated urea molasses mineral blocks and clinical nutrition. He received ND Kehar Award for the best PhD thesis. He has guided 20 MVSc and 3 PhD students. Dr. Tiwari was PI and Co-PI of many ICAR adhoc research projects besides NARP, NATP and State and other University level projects. He has published about 110 research papers and three book chapters on various aspects of animal nutrition. He was awarded with Merit scholarship during undergraduate and Junior and Senior Research Fellowships during masters and doctorate degree programme by Indian Council of Agriculture Research, New Delhi. He is life member of ANA, ANSI, ISNA, IPSA, IAVNAW and many other scientific societies. He is Fellow of Animal Nutrition Association and Fellow of Indian Poultry Science Association. He is member of Academic council and Administrative council of the university.

Dr. S.Rajagopal did his BVSc degree in 1963 from S.V. University Tirupati. He served in the various capacities the Animal Husbandry Department, Govt.of Andhra Pradesh from 1963 to 1976. He obtained his Masters degree in 1971 and Doctorate degree in 1976 in Animal Nutrition from Agra University, Agra. Thereafter he joined ASRB as Scientist in the year 1976. During his tenure as Scientist he was closely associated with other scientists at IVRI, Izatnagar in establishing the animal calorimeter and respiration chamber. He served as Associate Professor in G.A.U. S.K. Nagar, Gujarat in the year 1982 and established the Animal Nutrition Labs. In the year 1996 he joined as Professor & Head, Animal Nutrition, in the College of Veterinary Science & A.H., Anjora, Durg under I.G.K.V. Raipur. During his tenure he was the Principal Investigator for N.A.T.P. Project funded by ICAR, New Delhi. After attaining the superannuation retired as Professor & Head in the year 2004.

Dr. (Mrs.) Usha Rani Mehra did her graduation and post-graduation from Bareilly College, Bareilly in 1961 and 1664, respectively and doctorate in animal nutrition from Indian Veterinary Research Institute, Izatnagar in 1968. She started her research career in 1968 at Indian Veterinary Research Institute, Izatnagar and served the institute for four decades in various capacities till her superannuation as Head Professor cum Director, Centre for Advanced Studies in Animal Nutrition. Dr. U.R. Mehra is a distinguished Animal Nutritionist and contributed more specifically in the area of urea molasses mineral block, liquid diet, bypass protein sources, microbial growth and VFA production. She was bestowed with several prestigious awards like Hari Om Ashram Trust Award, Punjab Rao Desmukh Best Woman Agricultural Scientist Award, Rafi Ahmed Kidwai Award and Women Empowerment and Livelihood Award. She has published 180 research papers and many book chapters on various aspects of animal nutrition. She has guided several MVSc and PhD students. She is a Fellow of the National Academy of Agricultural Science (India) and a life member of many scientific associations and served as member of several important Academic Bodies, Research Panels, Research Advisory Committees and Board of Management. She provided dynamic leadership to ANA as its President from 2002 to 2005. She also served as Scientist Emeritus for two years in the Center of Advanced Studies in Animal Nutrition, after her superannuation at IVRI, Izatnagar.