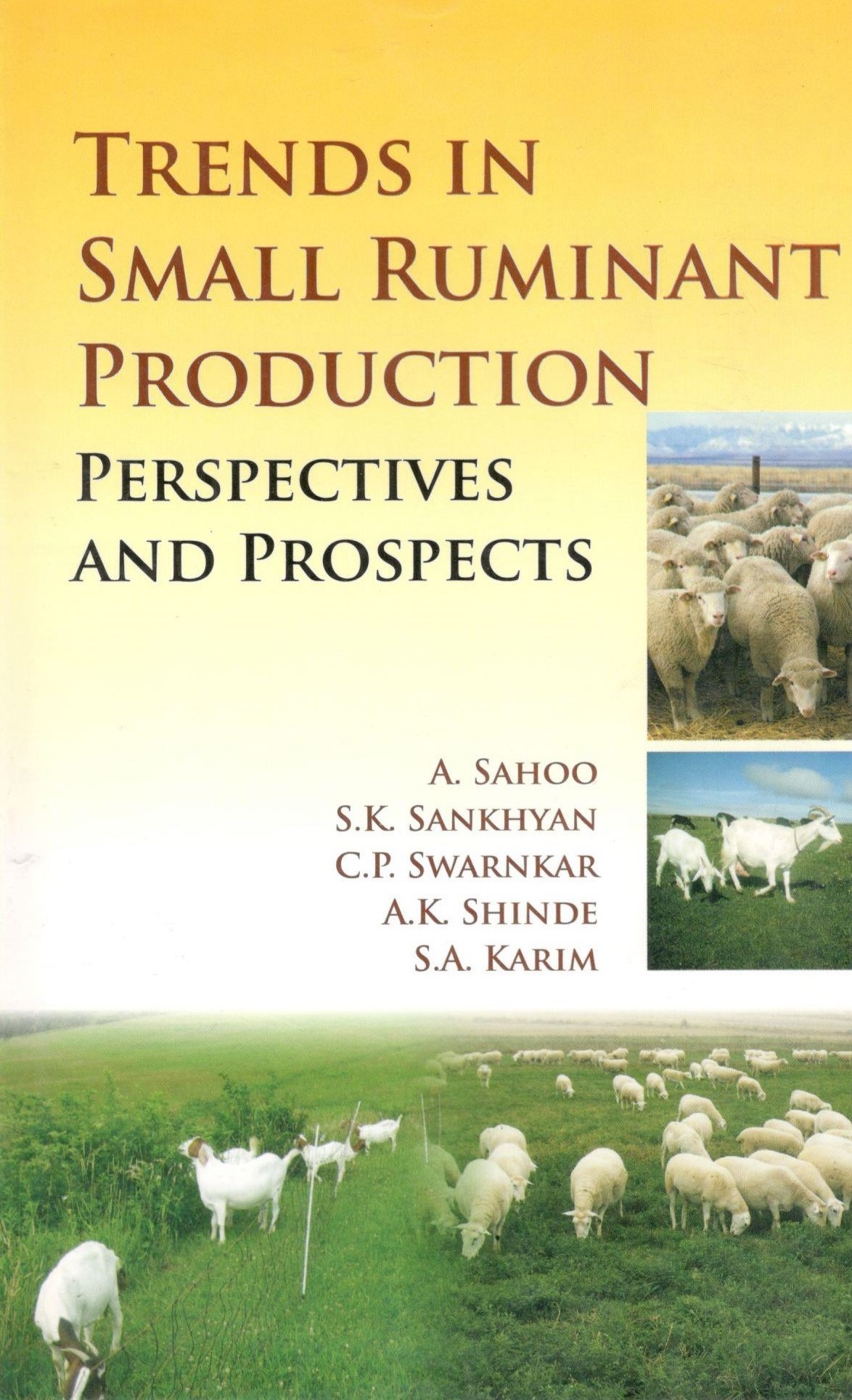 Two third of world’s population live in Asia below poverty line and more than 65% of them are poor livestock keepers earning their livelihood from small ruminant sector. Significantly quantifiable organised research has been carried out in our country in small ruminant sector by various non-governmental organisations and government research institutes which are well documented and presented at various platforms. However the small ruminant farmers, especially the landless and marginal category are solely dependent upon livestock resources and are rarely benefited by the developed technologies.

The basic characteristics of sheep and goat husbandry in India is largely depends upon common property resources, herbage produced particularly during monsoon season and vegetation left after harvesting the crops. The changing land utilization pattern and climatic condition in general, further affect the feed resource availability and small ruminant production in particular. Since crop production is a gamble of monsoon and failed very frequently in the semi-arid and arid regions of the country, the basic livelihood and sustenance to major chunk of human population is being provided by livestock farming especially sheep and goat husbandry. It was thus felt that we need to assess and retrospect the causes of non-adoption of our technologies under field condition and further how best the developed technologies need to be modified to suit, percolate and applied to a greater extent for the improvement of small ruminant productivity. Keeping in view this objective the National Seminar with the theme title, “Prospects and Retrospect of Small Ruminant and Rabbit Production: Contribution to Socio-economic Security” was organised under the ages of Indian Society for Sheep and Goat Production and Utilization (ISSGPU) and Central Wool Development Boad (CWDB), Jodhpur at Jaipur and various expert resource personnel like field workers, NGOs, technocrats and researchers were invited to address the issue in right perspective. They have discussed, contributed and presented their findings in very scientific manner which can be further be a useful tool for taking up future strategies and to modify the program. It was felt that this valued information will be very useful if complied in a book form and initiative started to do so. The current book entitled, “Trends in Small Ruminant Production: Perspectives and Prospects” contains _____ Chapters covering national scenario of small ruminant husbandry, current production level and country’s requirement, current research trends and findings with regards to production, reproduction, feeding, breeding, health of small ruminants and rabbits, and utilization and value addition of their produce (meat, milk, wool). Further, how best these technologies can be implicated under current small ruminant rearing system to have better productivity from the native and upgraded germplasm and how best this can improve socio-economic status and livelihood of the farmers. This book also give insight of future line of research to meet our demand and supply gap in terms of milk, meat and wool production.

Dr A. Sahoo, Principal Scientist and Head, Animal Nutrition Division, Central Sheep and Wool Research Institute, Avikanagar, completed his B.V.Sc. & A.H. (1987-88) from Orissa University of Agriculture and Technology, Bhubaneswar and M.V.Sc. (1990) & Ph.D. (Animal Nutrition) (1994) from Indian Veterinary Research Institute, Izatnagar, UP. He joined Agriculture Research Service (ARS) in 1993. He has more than 22 year of research experience in the field of ‘Animal Nutrition’ with specialization in rumen metabolism and manipulation, feed resource evaluation, assessment of nutritional adequacy, and clinical and therapeutic nutrition. He has published 80 research papers, 16 books/compendium/manuals, five book chapters, 61 general articles, 14 popular articles and 170 contributory papers. He has guided several post-graduate students. He is a member of several important Professional and Academic Bodies and Research Advisory committee.

Dr. S.K. Sankhyan did his B.Sc. (Ag.)From University of Rajasthan in 1986, M.Sc. and Ph.D in Animal Nutrition from Himachal Pradesh Krishi Vishva Vidhyalaya, Palampur in1988 and 1991 respectively. He was awarded University merit fellowship during M.Sc. and Ph.D. programme. He joined Agricultural Research Services as Scientist in 1991 at Central Sheep and Wool Research Institute, Avikanagar and presently working as Principal Scientist and I/C Head Animal Nutrition. He has 18 year of research experience and pursued the research in the area of nutrition of sheep and goats on pasture and mineral nutrition of field animals for the last fifteen years. He is presently conducting research in AICRP on "Improvement of feed resources and its utilization in raising animal, production". He has published 4 Books, 58 research papers in National and International Journals, 12 leads / invited papers and presented 54 abstract papers in National Seminar. He is life member of five National Societies of Animal Science

Dr A.K. Shinde did his M.V.Sc and A.H. and Ph.D. in Livestock Production and Management from College of Veterinary Science and Animal Husbandry, Madhya Pradesh Pashu Chikitsha Vigyan Viswavidyalaya Jabalpur in 1983 and 1996. He started his career in 1983 as Veterinary Officer in Ujjain Dugdh Mahasangh, Ujjain. Later he jointed Agricultural Research Services as Scientist in 1989 at Central Sheep and Wool Research Institute, Avikanagar and now holding position of Principal Scientist. He pursued research on nutrition of sheep and goats on pasture and mineral nutrition since last 20 years. He has published 55 research papers in national and international journals, three books, four bulletins and presented 70 papers in conferences /seminars. He has written a book on Applied Animal Husbandry in Hindi and contributed chapters in several book. He is member of four scientific societies of animal science and Editor of Indian Journal of Sheep and Goat Production and Utilization. He has received Dr Rajendra Prasad Award from ICAR, New Delhi and Rajiv Gandhi Rashtriya Award Gyan Vigyan Molik Pushtak Lekhan Puruskar from Ministry of Home Affair, New Delhi for Technical Book.

Dr. S.A. Karim, Director, Central Sheep and Wool Research Institute, Avikanagar, completed his B.V.Sc. & A.H. and M.V.Se. (Animal Nutrition) from Orissa Veterinary College Bhubaneswar in the year of 1974 and 1976, respectively. He was awarded University Gold Medal for securing first position in M.V.Sc. (AN). He completed his Ph.D. degree in Animal Nutrition from National Dairy Research Institute, Karnal in the year of 1991. He joined Agriculture Research Service (ARS) in 1978. He has more than 26 year of research experience in the filed of ruminant nutrition with specialization in nutrition environment interaction, growth maximization of lambs, range managed small ruminants' nutrition and carcass evaluation. He has published 140 research papers, 45 invited papers, 15 popular articles and 200 contributory papers. He has guided several Ph.D. students. He is a member of several important academic bodies and as Board of Studies, Academic council, Research Advisory committee.