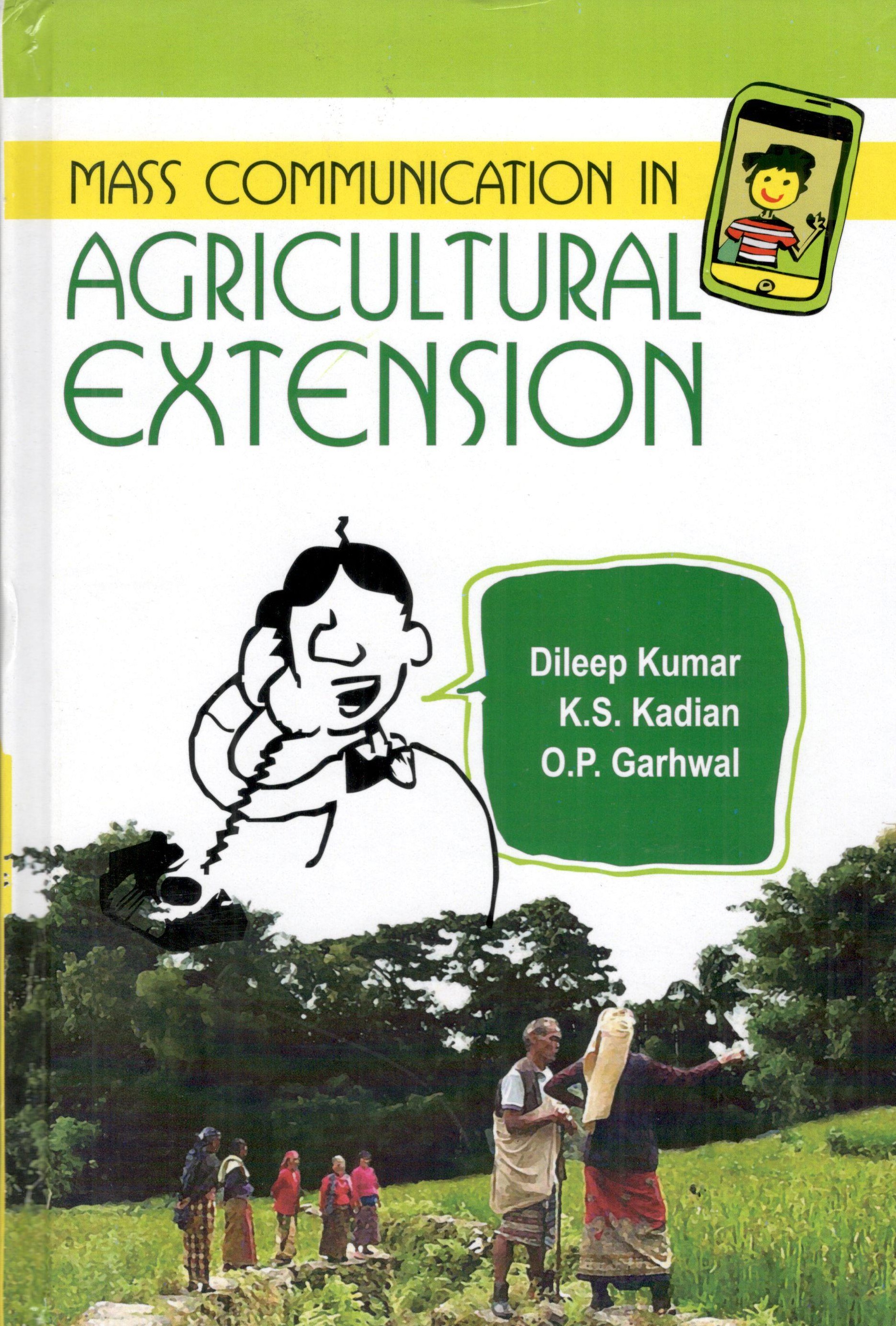 This book has been written keeping in mind latest developments in the area of agricultural extension. It contains all the elements of mass media and its use in communication. The book covers all the topics of the revised syllabi of ICAR's approved Agricultural Extension, Veterinary Extension, Fishery Extension and Home Science Extension.

Dr. Dileep Kumar Dangi, born in Jhunjunu Rajasthan did his B.Sc. Agriculture (Hons.) and M.Sc. (Ag) Extension from S.K.R.A.U. Bikaner, Rajasthan, India, in 2001 and 2004 respectively. He topped the college and secured 3rd position at university level in Graduation. In the same university, he conducted the research on adoption of sprinkler system of irrigation in the Jhunjhunu District of Rajasthan. He did his Ph.D. Degree from N.D.R.I. Karnal, Haryana, India. In the same research Institute he had conducted research on Critical analysis of Dairy Cooperatives and Private Dairies in Rajasthan. He is closely associated with many national and international professional societies and authored many research and popular papers. He is also persuing MJMC (Master in journalism and mass communication) from IGNOU, Delhi.

Dr. K.S. Kadian, born in 1961 and did his B.Sc. (Hons.) Agri. from Haryana Agricultural University, Hisar in 1983. He did his M.Sc. and Ph. D. in the discipline of Dairy Extension Education at National Dairy Research Institute, (Deemed University) Karnal. Dr. Kadian started his career in 1989 as Assistant Professor in Agricultural Extension at Dr. Y. S. Parmar University of Horticulture & Forestry, Solan (Himachal Pradesh). He joined ARS as a Senior Scientist and posted at ICAR Research Complex for NEH Region, Barapani (Meghalaya) in 2000. Later on he was transferred from Barapani to National Dairy Research Institute, Karnal in 2002. He was promoted as a Principal Scientist from December, 2007. He has specialization in teaching courses like training methodology, Information & Communication Technologies and Advances in Extension. He has also supervised four M.Sc. and Six Ph.D. students. He was the recipient of Young Scientist Award conferred by Society of Extension Education. He is a life member of Indian Society of Extension Education, Society of Extension Education and Indian Dairy Association. He has authored two books, three teaching manuals and written more than sixty research papers published in Indian and foreign journals. At present, he is engaged in teaching, research and extension activities of Dairy Extension Division of N.D.R.I., Karnal.

Dr. O.P. Garhwal has obtained his B.Sc. (Ag), M.Sc. (Hort.) and Ph.D. (Hort.) from RAU, Bikaner (Presently SKRAU, Bikaner). He is a recipient of the prestigious University Gold Medal for his outstanding academic performance in Masters degree programme from SKRAU, Bikaner. Dr. Garhwal joined the University as Assistant Professor (Horticulture) in 2005. He distinguished himself as a Horticulturist as well as an Extension Scientist. He has more than 13 years of experience in field of Ag. Extension & published several Research papers, popular articles in various reputed journals/magazines etc. and led many outreach Programmes for the farming community like trainings, demonstrations, On Farm Trials & other village linkage activities.