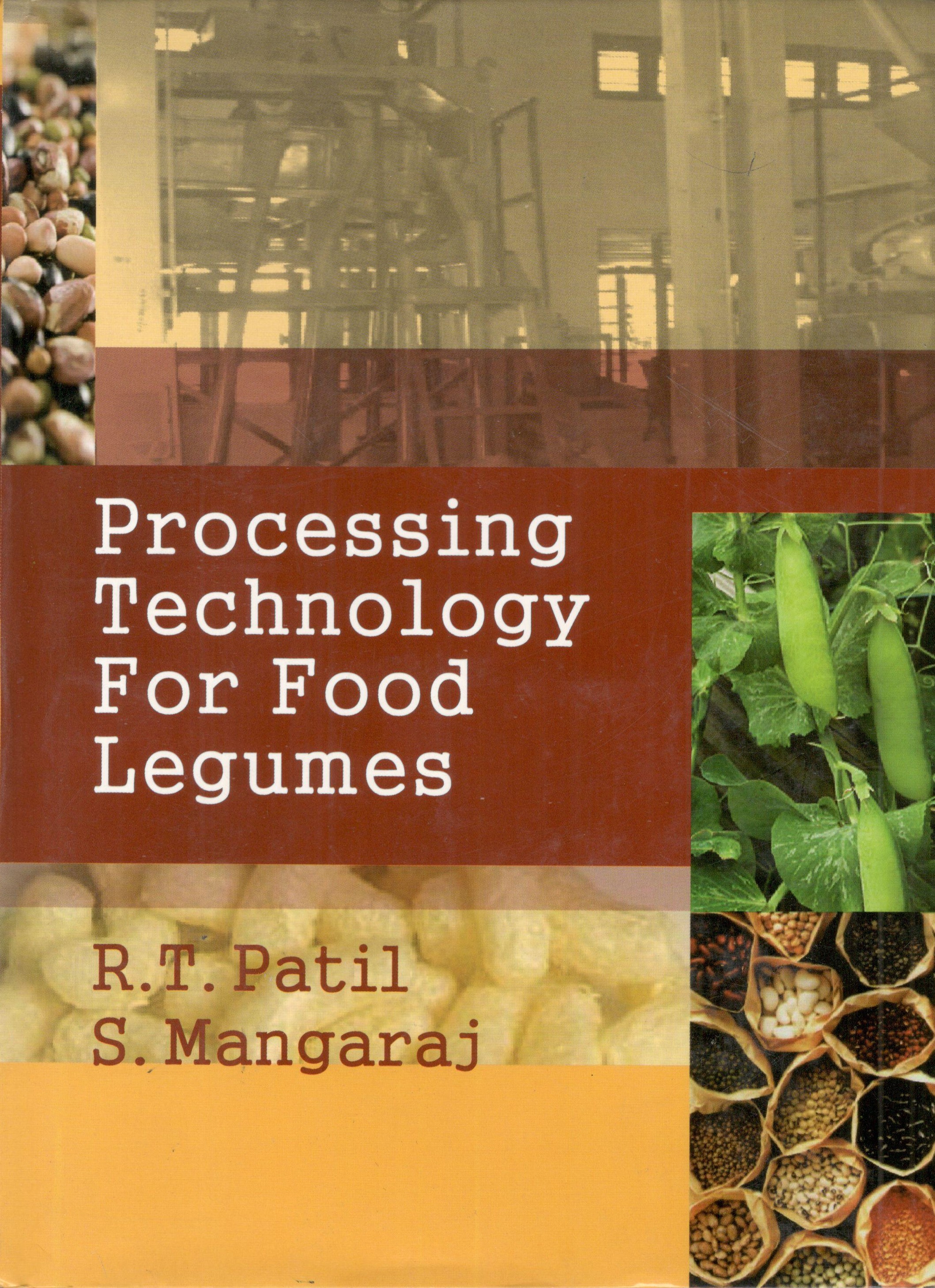 Legume is one of the important food crops. Vast knowledge developed through research and development since last 15 years on processing of this crop was not brought in the form of comprehensive book. Hence attempt has been made in this book to compile and concise information, knowledge and skill about legume processing and utilization for food, feed and neutraceuticals. Production and utilization of appropriately fortified/supplemented legumes and its derivatives help in improving human, animal and soil health. Legumes are rich in protein and also have abundance of complex carbohydrates, ability to lower serum cholesterol in human, contain high fibre, low fat, dietary minerals and phytochemicals.

It is hoped that the book would be useful to students, teachers, researchers, food manufacturers, policy makers and to all those who are interested in better health, happiness and longevity. It is also hoped that looking to the scope of establishing rural industries for their primary and secondary processing including value added products, hence it would be useful as reference material for upcoming entrepreneurs.

Dr. Patil obtained B. Tech. (Agri. Engg.) degree with gold medal from MPAU Rahuri in 1977, followed by M. Tech. with distinction from Indian Institute of Technology, Kharagpur in 1979 and PhD from University of Saskatchewan, Canada with a best thesis award from Canadian Society of Agricultural Engineers in year 1995. He completed 2 years Post Doctoral Fellowship from Washington State University, Pullman USA. He has developed 23 research prototypes, 7 process protocols and 7 pilot plants with 150 published papers in national and international journals, 50 technical proceedings and over 100 important presentations in National and international seminars. He served as Director (PFE) ISAE for two years and as Vice President (ISAE) for 6 years and Vice President of Association of Food Scientists and Technologists (India) for one term. He is recipient of team award from Government of Poland for his contribution to thermal processing of biomaterials in 1996 and Eminent Engineers Award of Institution of Engineers (India) in year 2011. He has contributed to two US Patents and seven Indian patents. His projects have received the funding from NSERC (Canada), NATP (World Bank), USADPLC (USA), WSPC (USA), WSU-Impact Center (USA). He is a Member of 6 professional societies and elected Fellow of Institution of Engineers (India), Kolkata, Indian Society of Agricultural Engineers and National Academy of Agricultural Sciences. He received team award from Indian Society of Agricultural Engineers for development of pomegranate aril extractor in 2011. He was invited to speak in international conferences in Brazil, Canada, Turkey, Afghanistan, and Malaysia. He was appointed Chairman of Food & Agriculture Division 16 committee for BIS, Government of India. He had successfully handled Jai Vigyan Mission Project component on post harvest and management and value addition during 2000-2003 which was rated as star project by reviewing authority. He steered the growth of CIPHET as Director during 2006-2011. During his tenure institute reached unscalable height and developed 17 novel technologies, 16 patents, 320-refereed papers in reputed journals and 76 EDPs for food processing at production catchment and brought the institute to national and international repute. He offered the direction to post harvest management and value addition research in India through a team of 40 scientists at CIPHET and two All India Coordinated Research Projects having 49 centres throughout the country. Presently the is holding the post of the Director, Technocrat Institute of Technology, All India Council of Technical Education approved institute affiliated to Rajiv Gandhi Technological University Bhopal.

The author received ISAE Commendation Award (2011) for outstanding contributions in the field of Post Harvest Engineering and Technology; Best Citizens of India Award (2012) in reorganizations of exceptional caliber and outstanding performance in the area of food process engineering from the International Publishing House New Delhi; and Bharat Jyoti Award (2011) for meritorious services, outstanding performance and remarkable role in the filed of research and development from India International Friendship Society. He has received five best paper awards conferred by Indian Society of Agricultural Engineers, Association of Food Scientist and Technologist of India, and Ministry of Food Processing Industry, Govt. of India. He has been conferred with N. N. Mohan Memorial Award of ‘All India Food Processor’s Association’ for the year 2009.