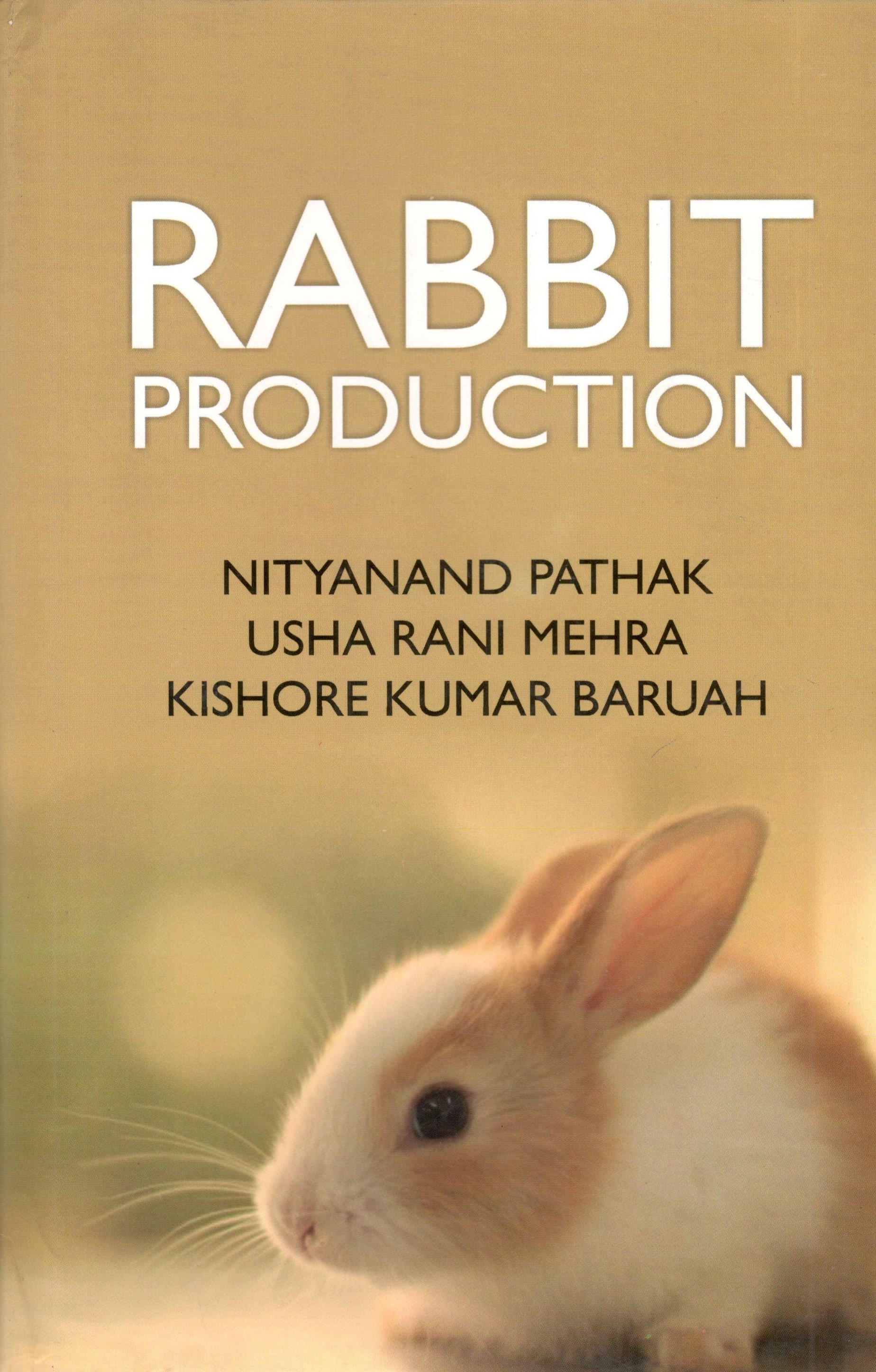 Rabbit farming for fur, felt, fibre and meat production is well developed commercial venture in many countries. However, in Bharat it is still limited to backyard farming except few big farms in the Himachal Pradesh. Animal soft fibre production in the country is much less than the requirements of woolen clothes manufacturing mills. In spite of low feed requirement and easy management rabbit farming is growing at a very slow rate and we are importing large quantity of Angora rabbit wool annually. Few good books are available on the nutrition of rabbit but there appears to be the lack of a comprehensive book on rabbit production. Therefore, we attempted to prepare a comprehensive book covering all important aspects of rabbit production. Bharat is deficient in wool and meat production and expansion of rabbit farming will not only boost the production, it will be also a remunerative enterprise of more profit on low capital input.

Rabbit production is also a course for the graduates of Veterinary and Animal Husbandry. This book has been designed to cover the syllabus of the universities and reference book for the rabbit farmers. The text has been arranged in ten chapters comprised of introduction, types, breeds and varieties, digestive system, feedstuffs for rabbit, digestion and absorption of nutrients, health management, housing and management of rabbit, reproductive system and reproduction, and the last chapter on rabbit meat, pelt, fibre and manure. This is text book for the graduate classes, reference book for the institutes and guide for the rabbit farmers as well as pet rabbit owners.

Prof. Nityanand Pathak, B.Sc., M.V.Sc., Ph.D., FNAVSI, FANA, FMOBS, MAAVN comed from a small farming family of village Nagwa, district Ballia in Uttar Pradesh. He has served as researcher, teacher and extension personnel in Bharat and other country. At present he is president of Pashu Poshan awam Pashu Katyan Samittee and Indian Academy of Veterinary Nutrition and Animal Welfare, Bareilly. He has been President and General Secretary of Animal Nutrition Association, IVRI, Izatnagar during 1995-1999 and foundation to 1995 respectively. He was President (2004-2006) and Vice President (2000-2002) of Indian Society of Animal Nutrition, NDRI, Karnal, Indian Society for Buffalo Development, CIRB, Hissar (2000-2002) and Indian Society of Zoo and Wieldlife Veterinarians, Bareilly and General Secretary of National Academy of Veterinary Science, India. He is recipient of first prize of Science Society, KKC-LU, 1961, Commonwealth Bureau of Animal Health prize 1969, New Surrey, England, Jawaharlal Nehru Award of ICAR, 1974, Institute level Best Teacher Award of IVRI, 1995, Meritorious Inovation Award, 2005 of the National Research Development Corporation, New Delhi and World Intellectual property Organization, Geneva-WIPO award of Certificate of Merit 2006. He is author and co-author of more than 350 research papers published in about 50 Indian and International Journals, many other scientific publications and 25 books including 4 in press. More than 150 scientific personnels has been co-author and collaboration from the disciplines of Veterinary Medicine, Surgery, Reproduction, Livestock Management and Extension etc.

Dr. (Mrs.) Usha R. Mehra. did her Doctorate in Animal Nutrition from I.V.R.I., Izatnagar in 1968. She started her research career in 1968 from I.V.R.I., Izatnagar and served the institute for four decades in various capacities till her superannuation as Head and Professor Cum Director, Centre of Advanced Studies in Animal Nutrition. Dr.U.R.Mehra is a distinguished Animal Nutritionist and contributed more specifically in the area of urea molasses mineral block, liquid diet, bypass protein sources, microbial growth and VFA production. She has developed several technologies and patent on Cold process technology for the preparation of Urea Molasses Mineral Block (UMMB) and Threshing cum Treatment Machine. She supervised several externally funded research schemes, name few SIDA/IAEA - UNDP scheme, NDDB-IVRI project, CGP NATP project, and Cass fund schemes etc. She was bestowed with several prestigious awards like Hari Om Ashram Trust Award (Twice), Panjab Rao Deshmukh Best Woman Agricultural Scientist Award, Rafi Ahmed Kidwai Award, and Woman Empowerment and Livelihood Award. She has published 200 research papers to her credit in National and International Journals of high repute. She has also contributed many book chapters on various aspects of animal nutrition. She has edited a book named Animal nutrition advances and developement. She has written two books on Modern Analytical techniques used in animal nutrition research. She was deputed abroad by Govt. of India to serve as an expert in Nigeria. She was also awarded SIDA/IAEA fellowship for advanced studies in biochemical techniques at Hannah Research Institute Scotland U.K. In recognition of her scientific work she was elected fellow of National Academy of Agricultural Sciences and Animal Nutrition Association. She is a life member of several important Academic bodies, Research Panels and Research Advisory committees She provided dynamic leadership to ANA as its President from 2003 to 2006.

Dr. Kishore Kumar Baruah obtained B. V. Sc. & A. H., M. V. Sc. (Animal Nutrition) in 1973 & 1976 respectively from Assam Agricultural University, Guwahati and Ph.D. in animal nutrition from I.V.R.I., Izatnagar in 1984. He started his research career as lecturer in Animal Nutrition at C.V.Sc., A.A.U., Guwahati and served in various capacities till his elevation as Prof. and Head, Animal Nutrition. Later on he had joined as Director, National Research Centre on Yak (I. C. A. R.), Dirang and retired in August, 2012. He received Fakhruddin Ali Ahmed Award for Outstanding Research in Tribal Farming System in 2011. He is a fellow of N.A.V.S. and Animal Nutrition Association of India. He received merit certificates in 1985 and 1995 from CLFMA and IVJ medal for best article. He has supervised many Ph.D. and M.V.Sc. students. Dr. Baruah has published about 170 research papers in national and international journals, two books and several chapters in various animal nutrition books.