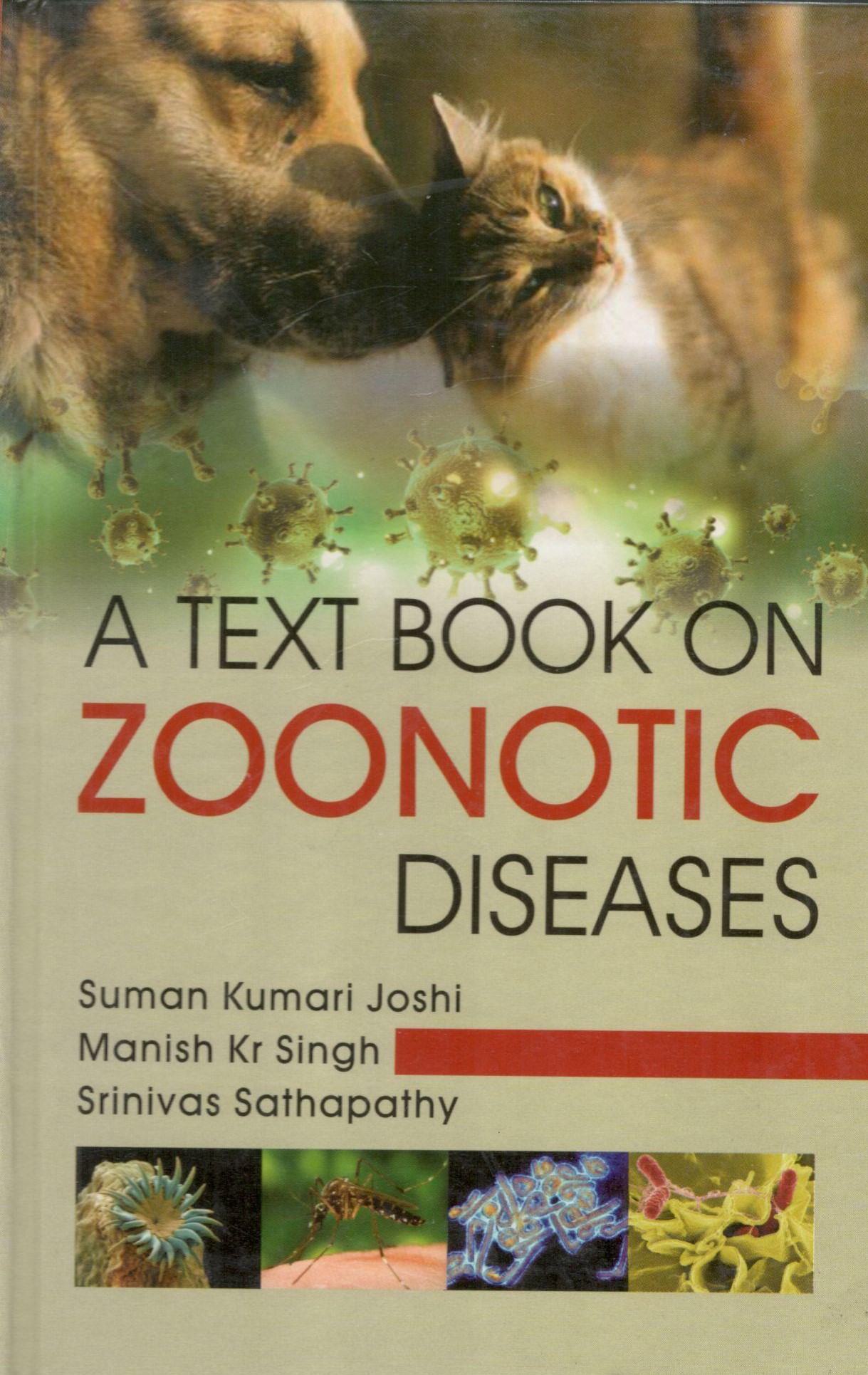 A Textbook On Zoonotic Diseases

A Text Book on Zoonotic Diseases, First Edition offers a detailed concept on the major zoonotic diseases that occur frequently in the society. This First Edition includes access to discussions based on both domestic animals and man. Well illustrated throughout, the book provides in-depth information on the etiology, clinical signs, diagnosis, treatment, prevention and control guidelines of various zoonotic diseases that will provide good idea to the readers about the zoonotic world.

Dr. Suman Kumari Joshi D/o Mr. Sarathi Kumar Joshi and mother Smt. Mandakini Joshi, was born on August 17, 1985 at Brahmanpara, Sundergarh, Odisha. She earned her B.V.Sc. & A. H. degree from the College of Veterinary Science and Animal Husbandry, O.U.A.T, Bhubaneswar, Odisha in 2011. Thereafter, she continued her M.V.Sc. degree in Livestock Production Management in the same college and finally completed her Masters’ degree in 2013. She is now pursuing her PhD. Degree in the National Dairy Research Institute, Karnal, Haryana. She has not only excelled in the field of Veterinary Science, but also has significant contributions in the fields of dance and sports. During her academic journey she qualified ASRB NET 2013 and has been awarded with ICAR SRF and DST Inspire Fellowship for pursuing her PhD. Degree.

Dr. Manish Kr Singh S/o Mr. Umesh Prasad Singh and mother Indira Singh was born on June 1, 1984 at Vaishali, Bihar. He earned his B.V.Sc. & A. H. degree from Bombay Veterinary College, Parel, Mumbai in July, 2011. Thereafter, he joined the College of Post Graduate Studies, G. B. Pant University of Agriculture & Technology, Pantnagar, Uttarakhand in July, 2011 to pursue his Masters’ degree in the Department of Livestock Production Management with major in “Poultry Science” and finally completed his Masters’ degree in July, 2013 by securing an OGPA of 8.1/ 10 (first division). During his glorious academic career. He has been involved in ICAR funded research projects and published research papers in indexed international and national Journals. He has also qualified ASRB NET 2014 (1) in the concerned discipline with flying colors. He is now currently pursuing his Ph D. Degree in the same University.

Dr. Srinivas Sathapathy was born on 27th November 1987 at Berhampur, Odisha. He passed his B.V.Sc. and A.H. degree from the College of Veterinary Science and Animal Husbandry, O.U.A.T, Bhubaneswar, Odisha in 2011. He completed his M.V.Sc. in Veterinary and Histology from Nagpur Veterinary College, Nagpur, M.A.F.S.U, Maharashtra in 2013. He is now pursuing his Ph.D. Degree in Veterinary Anatomy in the College of Veterinary and Animal Sciences, G.B. Pant University of Agriculture and Technology, Pantnagar, Uttarakhand. During this journey he has been awarded with ICAR JRF, SRF, DST Inspire Fellowships and qualified ASRB NET in 2013. He has significant contributions in the field of Veterinary Science by publishing so many research papers, popular articles and abstracts in reputed journals, magazines and conferences respectively.