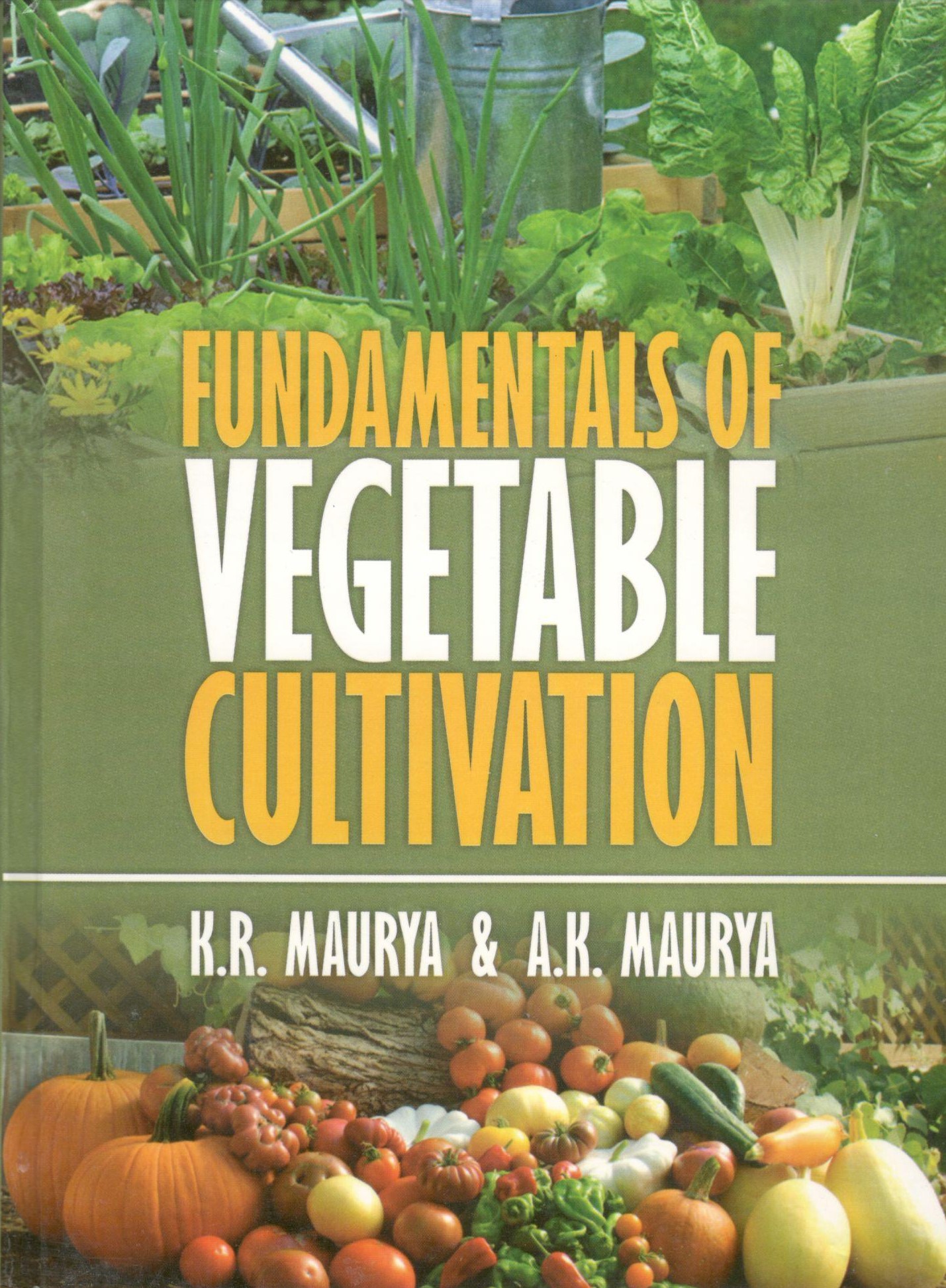 This is first book of India dealing with various subjects on Fundamentals of Vegetable Cultivation. It fulfils the course requirement prescribed by ICAR, New Delhi. This Publication is based on recent research accomplishment done in various parts of the world. Most recent research findings have been incorporated in the text of this book. This book is very useful for the students of M.Sc.(Ag) and Ph.D. scholars in the field of Horticulture (Vegetable Crops) of not only in India but also the entire world.

Dr. Kuber Ram Maurya (1947) in village Shahpur of Ballia District of Utter Pradesh in a farmer’s family. He obtained his Primary and School education in his village. He obtained his M.Sc. (Ag.) Horticulture degree in 1968 in first class from Kanpur University and Ph.D. degree in 1973 from University of Allahabad. Awarded Senior Research Fellowship doing Doctoral Research by CSIR, New Delhi. Dr. Maurya started his scientific career as an Assistant Research Officer (Horticulture) at Rajendra Agriculture University, Patna. Later on he was appointed Assistant Horticulturist on at Assam Agriculture University Jorhat (Assam). He became Associate Professor, Horticulture in 1976 in the same department. In 1985, he joined Rajendra Agriculture University, Pusa (Bihar) in the Department of Horticulture as Professor & Head. He served as Associate Dean-cum-Principal, Dean Faculty of Agriculture, Director, position of Extension Education, Dean (Post Graduate Studies) and rose to the Vice-Chancellor of Rajendra Agriculture University. Pusa, Samastipur (Bihar). In view of his scientific & administrative capabilities he was member of National level Committees of ICAR etc. ICAR, New Delhi appointed him as one of the members of Q.R.T. on spices, site selection team member of NRC on Seed Spices & RAC of IISR, Calicut (Kerala). He has been the recipient of prestigious Dr. Rajendra Prasad Award, instituted by ICAR, New Delhi in 2003 for his book “Latton Wali Sabjion Ki Kheti”. Dr. Maurya has published 190 research papers and technical articles in National and International journals and magazines. Prof. Ashutosh Kumar Maurya (1980) at Gauhati (Assam). He graduated from Tilkamanjhi University, Bhagalpur in 2002 and Post-Graduate in Management from Barkatullah University, Bhopal in 2005. He has served in many financial institutions for eight years. He is engaged in teaching and research in the field of Agricultural Economics and Farm Management at AKS University, Satna (M.P.). He has published ten research papers and technical articles to his credit in National, and International journals and magazines.