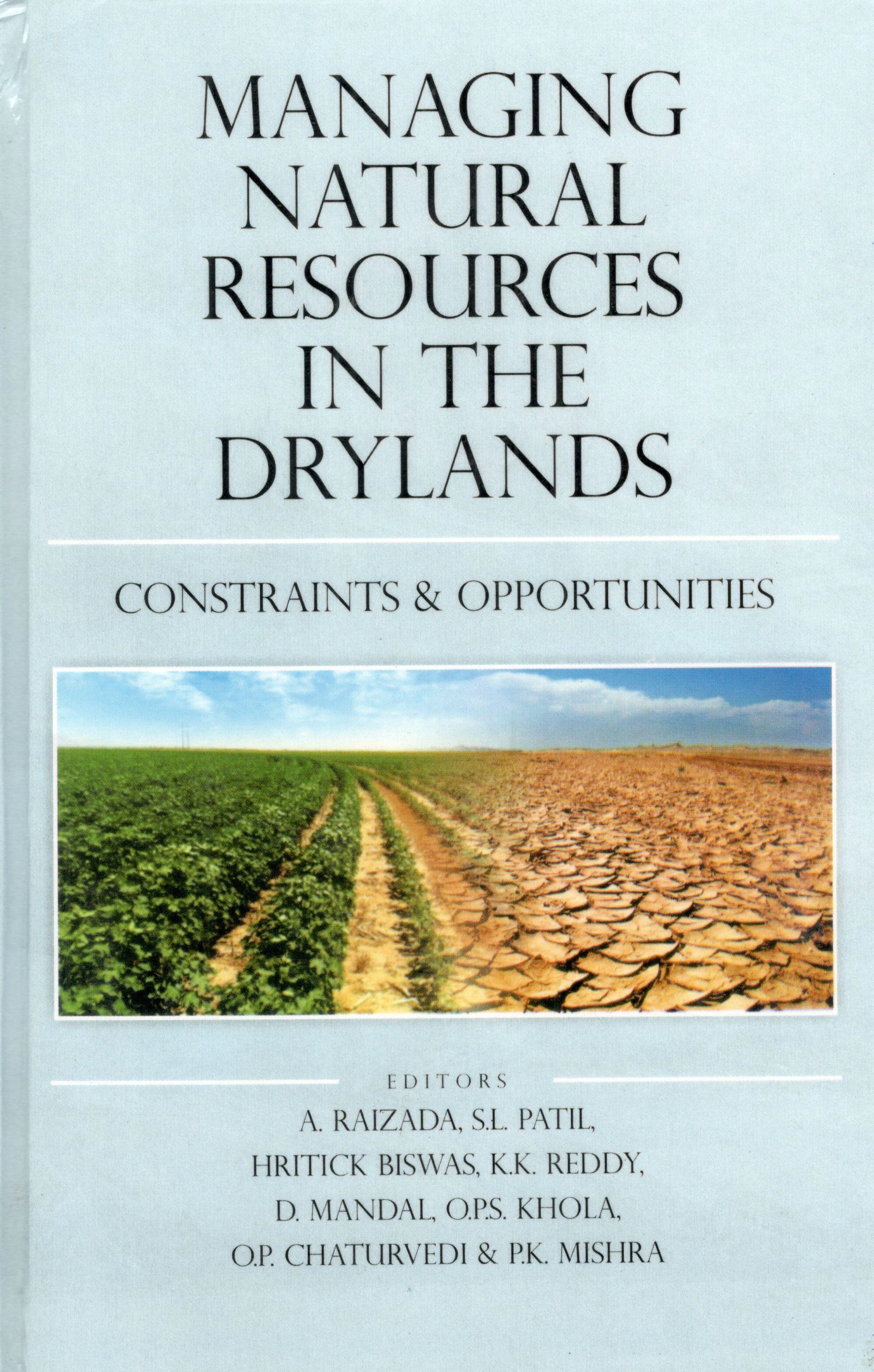 Rapid strides in Indian agriculture along with suitable technology interventions have led to self-sufficiency in food production in India. While this has been achieved from increased production in irrigated areas, the rainfed areas covering large parts of the Deccan have not received significant attention. Besides the hot dry climate of the Deccan region, poor edaphic conditions and general socio-economic backwardness of the region have led to it being sidelined in the course of holistic development of the nation. The status of natural resources in the southern region is quite precarious, with high soil erosion and low tolerance rates, increasing shifts in spatial and temporal distribution of rainfall, acute water scarcity in all forms and general ecosystem degradation. In spite of these constraints, the region supports 40% of the country’s population, 60% of the livestock and supports 55% of the cultivated area. The region produces 87% of the pulses and coarse cereals, 77% of the oilseeds and 66% of the country’s cotton, but there are indications that the current production trends cannot be sustained and there is need for immediate corrective action. The book contains a wide range of topics for readers interested in natural resource conservation, food production and holistic development of the economically deprived regions of India in the states of Andhra Pradesh, Karnataka, Kerala and Tamil Nadu. The book covers a wide range of well researched topics ranging from the resource base of the region and major degradation problems, sodicity development, data base and land use planning, ITK’s, soil fertility mapping, water conservation through various means, rejuvenation of tanks, ground water quality and recharge. Also covered are topics like agroforestry and fodder resource development to support the large livestock population, integrated farming systems, water storage practices with reduced losses and use of geo-textiles. Important social issues like the management of common water resources, problems of technology extension and impact of watershed projects have also been covered. This book will be immensely useful for scientists, researchers, extension workers and policy makers who are concerned about the vulnerable regions of the Deccan and the far reaching implications of continued natural resource degradation in the region.

O.P.Chaturvedi is Principal Scientist (Forestry) and Head of the Division of Plant Science, Central Soil and Water Conservation Research and Training Institute, Dehradun