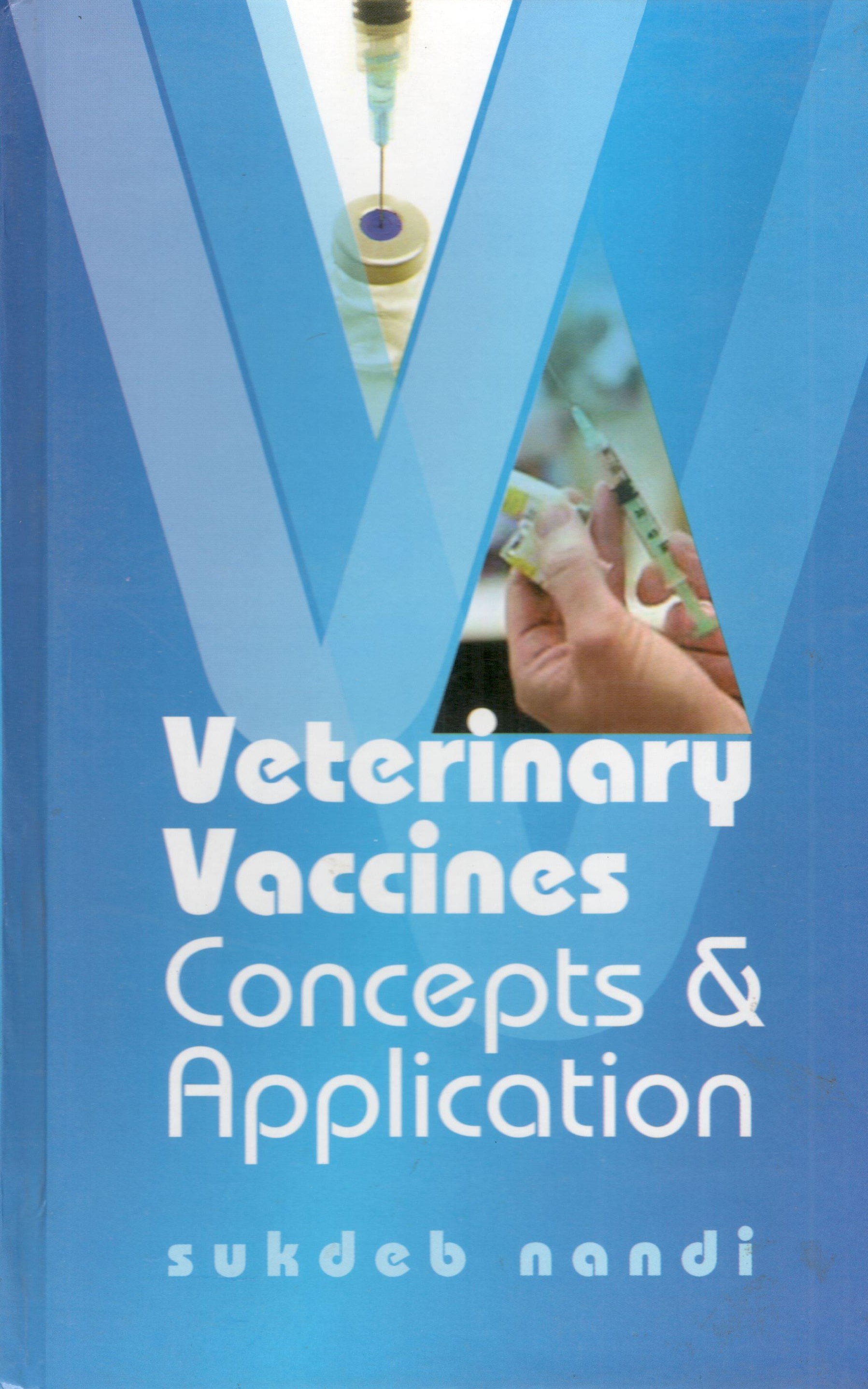 Vaccination is one of the most important and cost effective methods available for preventing infectious diseases of man and animals. No real alternative exists for viral diseases of animals since there are no antiviral drugs suitable for wide spread application. No other method in human or veterinary medicine has had such impact in reducing morbidity and mortality and increasing the overall well being of humans and animals. But the animals and humans continued to suffer from infectious diseases in spite of this success. Indeed, WHO reports that 8 out of 10 major causes of death in humans are due to infections agents. Vaccinology is one of the most important subject not only in Veterinary Sciences and Animal Husbandry but also in Medical sciences. This book ‘Veterinary Vaccines : Concepts and Applications’ is written based on the most relevant and latest informations on conventional vaccines of important viral and bacterial diseases of animals so that everybody can read and understand it quickly, easily and properly. This book is useful for scientists, teachers, students, officers, diagnosticians, laboratory technicians and medical personnel associated directly or indirectly with research, teaching, training, extension, diagnosis, epidemiology and control of diseases of bacterial and viral origin. All the important animal diseases of viral and bacterial origin have been dealt with incorporating latest, useful and elaborate informations so that end users will be benefited to a large extent in their day to day life. Further, informations have also been provided on latest developments in vaccinology arena viz., DNA vaccine, recombinant vaccine, marker vaccine, synthetic peptide vaccine and plant based vaccine. This book is highly informative to the Life Sciences students and other enthusiastic readers appearing in the various competitive examinations such as JRF, SRF, IAS, CSIR, NET, ARS, ICAR, IFS, IPS, Lectureship etc. Further, it will be extremely useful to all the persons who are directly or indirectly involved in the prevention and control of diseases of animal origin using the immunoprophylactic measures and their welfare. Finally, all can enrich their knowledge on any aspects of vaccinology from the book and can clarify any doubts and concepts very easily and confidently.

Dr. Sukdeb Nandi, was born on 2nd January, 1963 at Mamudpur Village, District Hooghly, West Bengal. Dr Sukdeb Nandi graduated in Veterinary Science and Animal Husbandry in 1986 from Bidhan Chandra Krishi Viswavidyalaya, Mohanpur, Nadia, W.B. and ranked first class third position. He did his Master Degree and Ph. D. in Veterinary Virology from Deemed University, Indian Veterinary Research Institute, Izatnagar, Bareilly, U.P. in 1988 and 1992 respectively. He had carried out research on important viral diseases of animals namely Rabies, FMD, Sheep Pox, Goat Pox, Bluetongue, Infectious Bovine Rhinotracheitis, Classical Swine Fever Virus, Canine Parvovirus, Canine Distemper Virus, Infectious Canine Hepatitis Virus and Avian Influenza or Birdflu. He had developed a suckling mouse brain based antirabies vaccine which was found to be highly effective and safe. He had also isolated a number of Foot and Mouth Diseases virus serotypes O, A, C and Asia-1. He had isolated, adapted and attenuated 3 goat pox viruses to be used as effective goat pox vaccines to control the disease in sheep and goats. The technology had been patented and the technology had been transferred to the commercial vaccine manufacturing companies for large scale production. He had also developed and applied a galaxy of diagnostic techniques namely Polymerase Chain Reaction (PCR), Nested PCR, PCR and RE mapping, SYBER GREEN based Real Time PCR, cloning and sequencing of PCR products for diagnosis and characterization of a number of important viral diseases of animals. The SYBER GREEN based Real Time PCR had been developed for detection and quantitation of genomic DNA of CPV and BHV-1 in clinical samples. He had also adopted Taqman based Real Time PCR for detection of bovine herpes virus -1 (BHV-1) in the semen and clinical samples. He had also developed inactivated and Montanide/saponin adjuvanted monovalent and pentavalent bluetongue virus vaccines for control of bluetongue disease in sheep and goats. He also acted as Assistant Trainer of the VCI sponsored continuing Veterinary Education Programme on “Trainers’ Training on Diagnosis and Control of Bird Flu” held at CADRAD, I.V.R.I., Izatnagar, U.P. He had also organized a DBT sponsored training programme entitled “Serological and PCR based Diagnosis of Economically Important Infectious Diseases of Domestic Animals” for the mid-career Scientists, Teachers, Assistant and Associate Professors in 2009. He was awarded with DBT sponsored National Biotechnology Associateship and carried out research on “Molecular Cloning, Characterization and Expression of Adenosine kinase related Cyclophilin homologue of L. donovani” at Indian Institute of Chemical Biology, Jadavpur, Kolkata-11 from December, 95 to December, 96. He was also deputed to United Kingdom (U.K.) to undergo ‘Transfer of Molecular Biology Training’ (TOMBIT) to carry out research on “Molecular basis of Assembly and Antigenicity of Foot and Mouth Disease Virus Capsid” under the guidance of Dr A. M.Q. King and Dr G. Belsham at Institute for Animal Health, Pirbright, London, U.K. from September, 1998 to May, 1999. He had also attended a FAO sponsored international training on ‘Advanced Biorisk Training’ at Australian Animal Health Laboratory (AAHL), Geelong, Australia in 2011 under the guidance of Dr Chris Morrissy. He had written 12 books, 38 book chapters, 11 review articles in international journals and 12 review articles in national journals. He had published 28 research articles in international journal of repute, 41 research articles in national journals, 7 technical articles in international journals and 107 in national journals. He had also delivered 53 lead or concept papers in different national and international symposiums or seminars and received lot of applauses and appreciation. He had widely travelled different places in United Kingdom, Scotland, Netherland, France and Australia. Presently, he is working as Principal Scientist at Centre for Animal Disease Research and Diagnosis, Indian Veterinary Research Institute, Izatnagar, U.P. He is actively involved in the diagnosis of viral diseases of animals and shouldering the responsibility of BSL-3 laboratory for routine surveillance of birdflu samples from different parts of the country. He is also the author of ‘Manual of Viral Disease Investigation’ – a book very much useful for the scientists, teachers, students, diagnosticians and others who are working in this area. Other books in his credit are Veterinary Virology : at a glance, Immunology – at a glance, Animal Cell Culture and Virology, Avian influenza or Birdflu, Rabies : a killer disease, Veterinary Public Health – at a glance, Poultry Diseases – at a glance, Infectious diseases of animals : Their identification and Treatment and Zoonotic diseases.