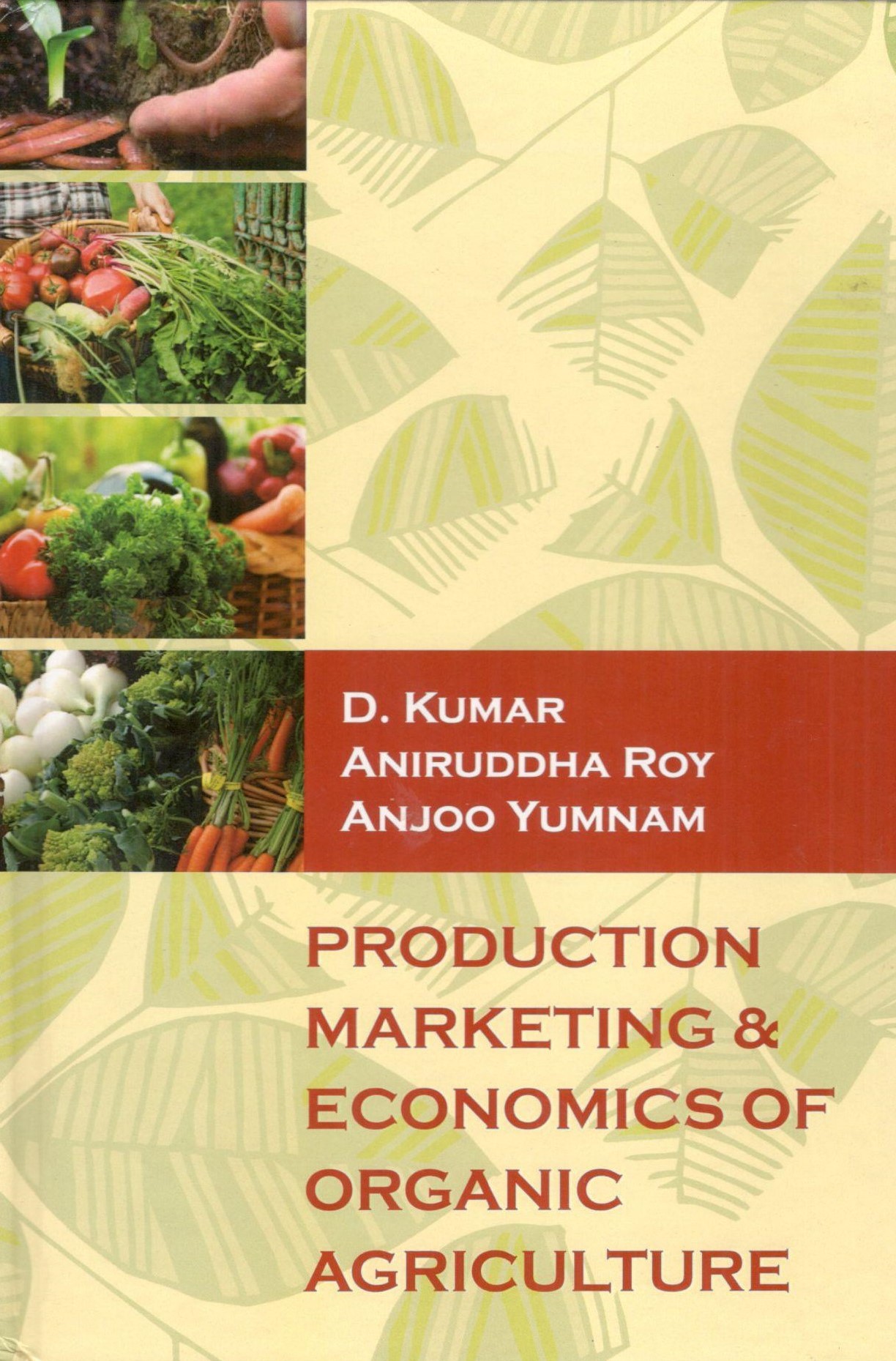 Organic agriculture is a unique production management system which promotes and enhances agro ecosystem health, including biodiversity, biological cycle and soil biological activity, and this is accomplished by using on-farm agronomic, biological and mechanical methods in exclusion of all synthetic off farm inputs. Organic farming is the best choice which we can make for our environment, animals and our own health. It aims to produce food while establishing an ecological balance to prevent soil fertility or pest problems. Soil building practices such as crop rotations, inter-cropping, symbiotic associations, cover crops, organic fertilizers and minimum tillage are central to organic practices. These encourage soil fauna and flora, improving soil formation and structure and creating more stable systems. In turn, nutrient and energy cycling is increased and the retentive abilities of the soil for nutrients and water are enhanced, compensating for then on-use of mineral fertilizers. Well managed organic systems with better nutrient retentive abilities, greatly reduce the risk of groundwater pollution. Organic agriculture reduces non-renewable energy useby decreasing agrochemical needs. Organic agriculture contributes to mitigating the greenhouse effect and global warming through its ability to sequester carbonic the soil. The impact of organic agriculture on natural resources favors interactions within the agro-ecosystem those are vital for both agricultural production and nature conservation. Ecological services derived include soil forming and conditioning, soil stabilization, waste recycling, carbon sequestration, nutrients cycling, predation, pollination and habitat. This book is useful for all agriculturist as organic farming is the talk of the time. It will serve as the reference document as it provides real time data about the organic farming.

Dr. Dileep Kumar, born in 1980 in Jhunjhunu district of Rajasthan did his B.Sc. Agriculture (Hons.) and M.Sc. (Ag.) Extension from S.K.R.A.U. Bikaner (Rajasthan), India, in the year 2001 and 2004 respectively. His area of research during Masters Degree in the University was on Adoption of sprinkler systemof irrigation in the Jhunjhunu District of Rajasthan. He pursued his Ph.D. degree from N.D.R.I. Karnal, (Haryana), on Critical Analysis of Dairy Cooperatives and Private Dairies in Rajasthan in 2012. Throughout his study, he secured I Position in all examinations and was awarded Merit Scholarships for under Graduate programmes, graduate and post graduate programmes. He is closely associated with many national and international professional societiesof Extension Education and published many research and popular articles. He remained meritorious student during his academics. He is also pursuing PGJMC(Post Graduate in Journalism and Mass Communication) from IGNOU, New Delhi. Dr. Dileep Kumar started his career as scientist (Agricultural extension)in ICAR at ICAR RC for NEH Meghalaya in 2013. He is the Life Member of number of Professional Bodies of Academic Organisations and Institutions. He has authored three books, and written more than 10 research paper published in Indian and foreign journals. At present author is principle investigator in aproject entitled "Designing of participatory decision support system for horticultural crops in Meghalaya."He is Co-PI in various Institute and Externally Funded projects of social science.

Dr. Aniruddha Roy, born in 1983 in Cooch Behar district of West Bengal and he did his B.Sc. Agriculture (Hons.) from UBKVV, Pundibari (West Bengal), India, in the year 2005 and M.Sc. from Indian Agricultural Research Institute (IARI),New Delhi in the year 2007. His area of Specialization during Masters Degree in the Institute was on Agricultural Marketing and Trade. He pursued his Ph.D. degree from IARI New Delhi, on Marketing of Major Vegetables in West Bengaline the year 2010. Throughout his study, he secured first Position in all examinations and was awarded Merit Scholarships for under graduate, graduateand post graduate programmes. He is closely associated with many national and international professional societies of Agricultural Economics and Extension Education and published many research and popular articles. He remained meritorious student during his academics. He is serving as course Counsellorin the PGDWM (Post Graduate Diploma in Watershed Management) in IGNOU, Shillong. He is also serving as faculty member in the College of Post Graduate Studies (CPGS), CAU at Barapani, Meghalaya. Dr. Aniruddha Roy started his career as scientist (Agricultural Economics) in ICAR at ICAR RC for NEH Meghalaya in 2010. He is the Life Member of number of Professional Bodies of Academic Organisations and Institutions. He has authored four books, and written more than 10 research papers published in Indian and foreign journals.

Ms Anjoo Yumnam obtained her B.Sc. in Agriculture in the year 2011 withOGPA of 8.54/10.00 from Assam Agricultural University, Jorhat. She completedher M.Sc. in Agricultural Economics in the year 2013 with OGPA of 8.27/10.00from CSK Himachal Pradesh Krishi Vishvavidyalaya, Palampur. Her M.Sc.thesis was titled "Resource Use Eficiency of paddy cultivation: a comparative analysis of Himachal Pradesh and Manipur". She was selected through ASR Bin ARS 2013 as scientist in Agricultural Economics and joined the service inJuly 2015. She is currently posted in the Division of Social Sciences of ICAR RC for NEH Region, Umiam.