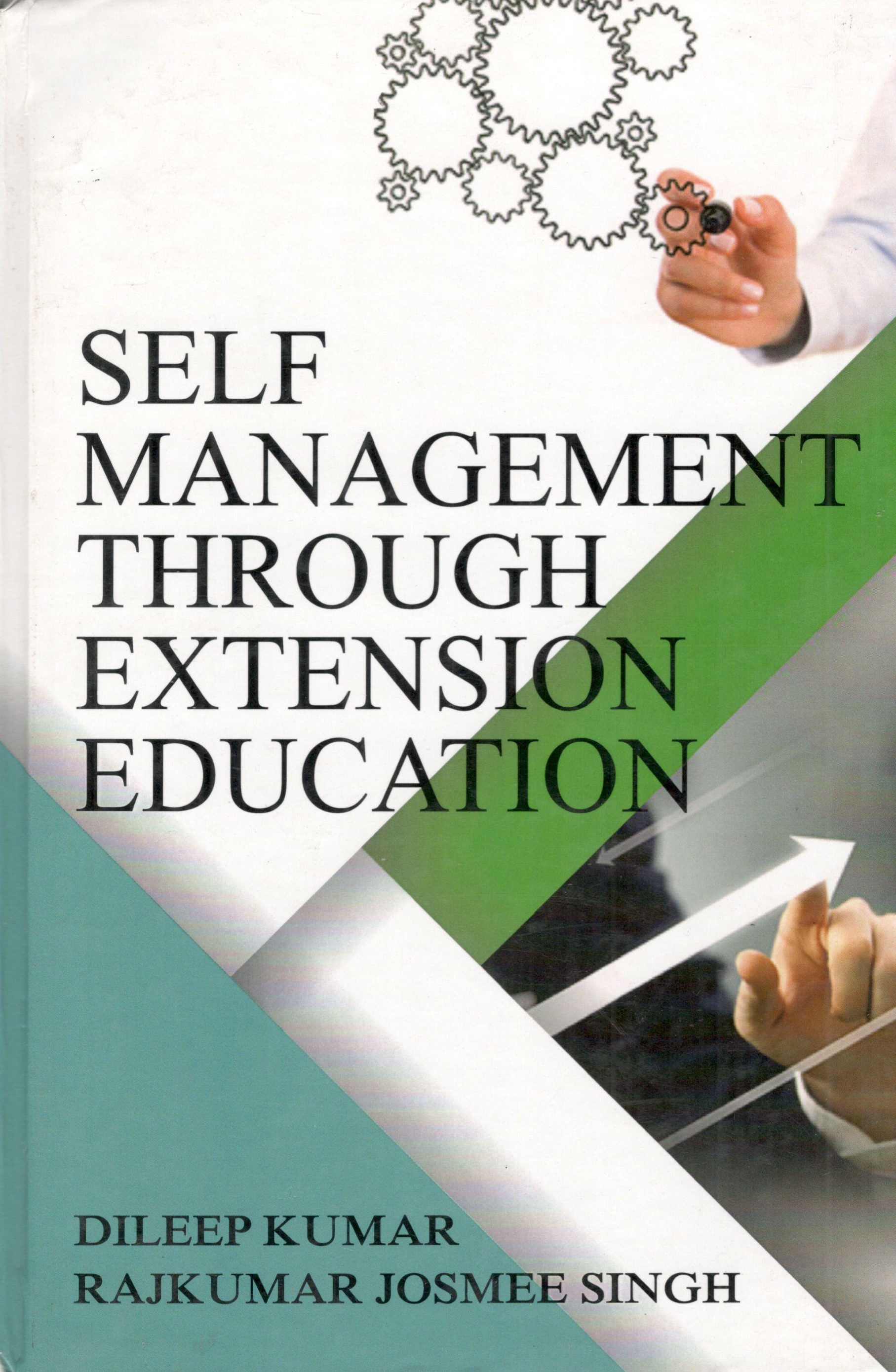 Self Management Through Extension Education

This book is edited keeping in mind versatile leadership belonging from students of subject Extension education to students and persons want to need book on personality development motivation or like. This book deals with the need of management students, leaders who are Interested in leading motivational books, and other students/persons of National/ International catagory. In this book it is focussed that how to manage self with the help of extension approaches like Group dynamics, motivation, emotional intelligencies. It is especially helpful for the CEO's Directors, Company Secretaries, Management institutes etc. to give the speech on success.

Dr. Dileep Kumar, born in 1980 in Jhunjhunu district of Rajasthan did his B.Sc. Agriculture (Hons.) and M.Sc. (Ag.) Extension from S.K.R.A.U. Bikaner (Rajasthan), India, in the year 2001 and 2004 respectively. His area of research during Masters Degree in the University was on Adoption of sprinkler system of irrigation in the Jhunjhunu District of Rajasthan. He pursued his Ph.D. degree from N.D.R.I. Karnal, (Haryana), on Critical Analysis of Dairy Cooperatives and Private Dairies in Rajasthan in 2012. Throughout his study, he secured I Position in all examinations and was awarded Merit Scholarships for under Graduate programmes, graduate and post graduate programmes. He is closely associated with many national and international professional societies of Extension Education and published many research and popular articles. He remained meritorious student during his academics. He is also pursuing PGJMC (Post Graduate in Journalism and Mass Communication) from IGNOU, New Delhi. Dr. Dileep Kumar started his career as scientist (Agricultural extension) in ICAR at ICAR RC for NEH Meghalaya in 2013. He is the Life Member of number of Professional Bodies of Academic Organisations and Institutions. He has authored three books, and written more than 10 research paper published in Indian and foreign journals. At present author is principle investigator in a project entitled "Designing of participatory decision support system for horticultural crops in Meghalaya."He is Co-PI in various Institute and Externally Funded projects of social science.

Dr. Rajkumar Josmee Singh is an Assistant Professor of Agricultural Extension in School of Social Sciences, College of P.G. Studies (Central Agricultural University, Imphal) at Barapani, Ri-Bhoi, Meghalaya, India. He holds his Ph.D. (Agricultural Extension) from NDRI, Karnal, Haryana. He has been conferred twice the 'Young Scientist Award' by Indian Society of Extension Education, New Delhi and Society of Extension Education, Agra. He has to his credit two extension manuals, published invited chapters in books, and a number of research papers in journals of repute. So far, he has guided four M.Sc. students and accomplished two research projects.