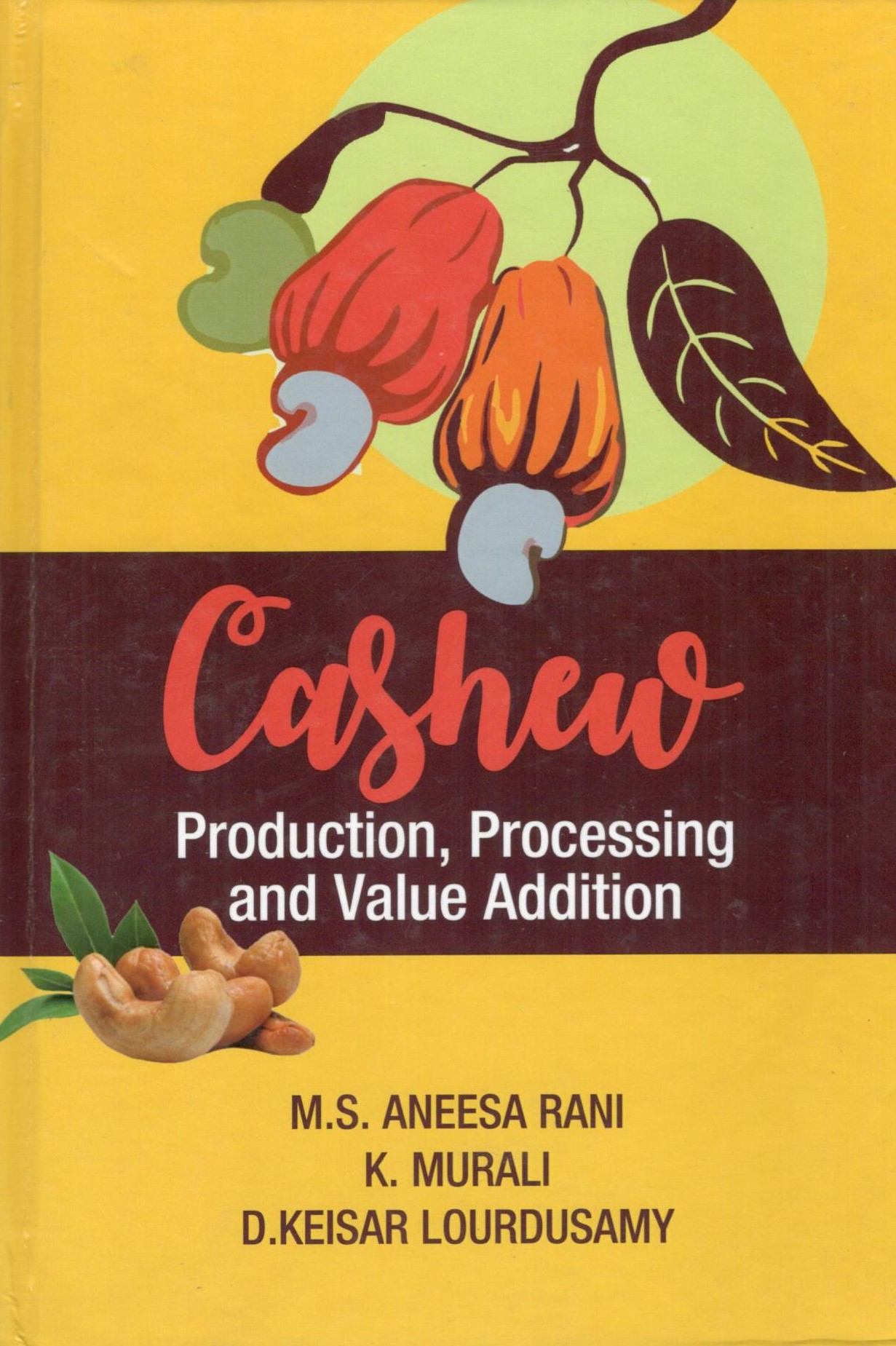 Cashew nut industry has emerged as one of the potential enterprises in accelerating the economic growth of the industry. India has been the leader in cashew production and export for many centuries but its position is being challenged a short while ago by Vietnam , Brazil, Kenya and Tanzania. To meet out the challenged faced, this book “Cahsew Production, Processing and Value Addition” has been compiled by the authors. The book consists of scientific information generated by cashew researchers which were generally used under topics namely cashew global and national scenario, crop improvement, crop production and management, plant protection, processing of nuts, value addition, marketing and strategies for development of cashew nut. The information compiled in the book will be useful for all the people dealing with this crop and will serve as a useful reference material for students, farmers, extension workers and policy planners to work towards improving productivity and export of cashew nuts in the country.

Dr. M.S. Aneesa Rani  has got graduated in 1992 from Tamil Nadu Agricultural University , Coimbatore. She completed her doctoral studies in 2002 from the same campus. She has 12 years of experience in cashewnut research and development at Regional Research Station , Tamil Nadu  Agricultural University , Vriddhachalam, Cuddalore district under the project ICAR-AICRP in Cashew . She has developed many varieties and technologies, among which VRI(cw)H1-the first F1 hybrid cashew in Tamil Nadu, High-Density Planting System in cashew, Ultra-high Density planting system in cashew and HC 6 – a dwarf cashew hybrid suitable for high density planting system are popular among the cashew farmers of Tamil Nadu . She also took strenuous efforts to popularize these varieties and technologies for the benefit of the farmers of Tamil Nadu, for which , she has been awarded with Young Women Scientist Awards  2010 by  Science City , Ministry of Higher Education, Government of Tamil Nadu, Best Women Scientist Awards 2011 and Best Research Station Award 2016 by Tamil Nadu Agricultural University, Coimbatore. She was published 6 international , 10 national papers , 20 Books and booklets to add to her crown . Presently she is working at TNAU Information and Training Centre , Annanagar, Chennai.

Dr. K.Murali, Ph.D. , is working as Horticultural officer at Ulundurpet, Tamil Nadu. Graduated M.Sc. and Ph.D. degree in TNAU, Coimbatore. Earlier he worked as JRF  and SRF in TNAU. He published 2 articles at International level and 1 articles at National level. He has Received  DAAD fellowship at Leibniz Universitat, Hannover, Germany during his study period.