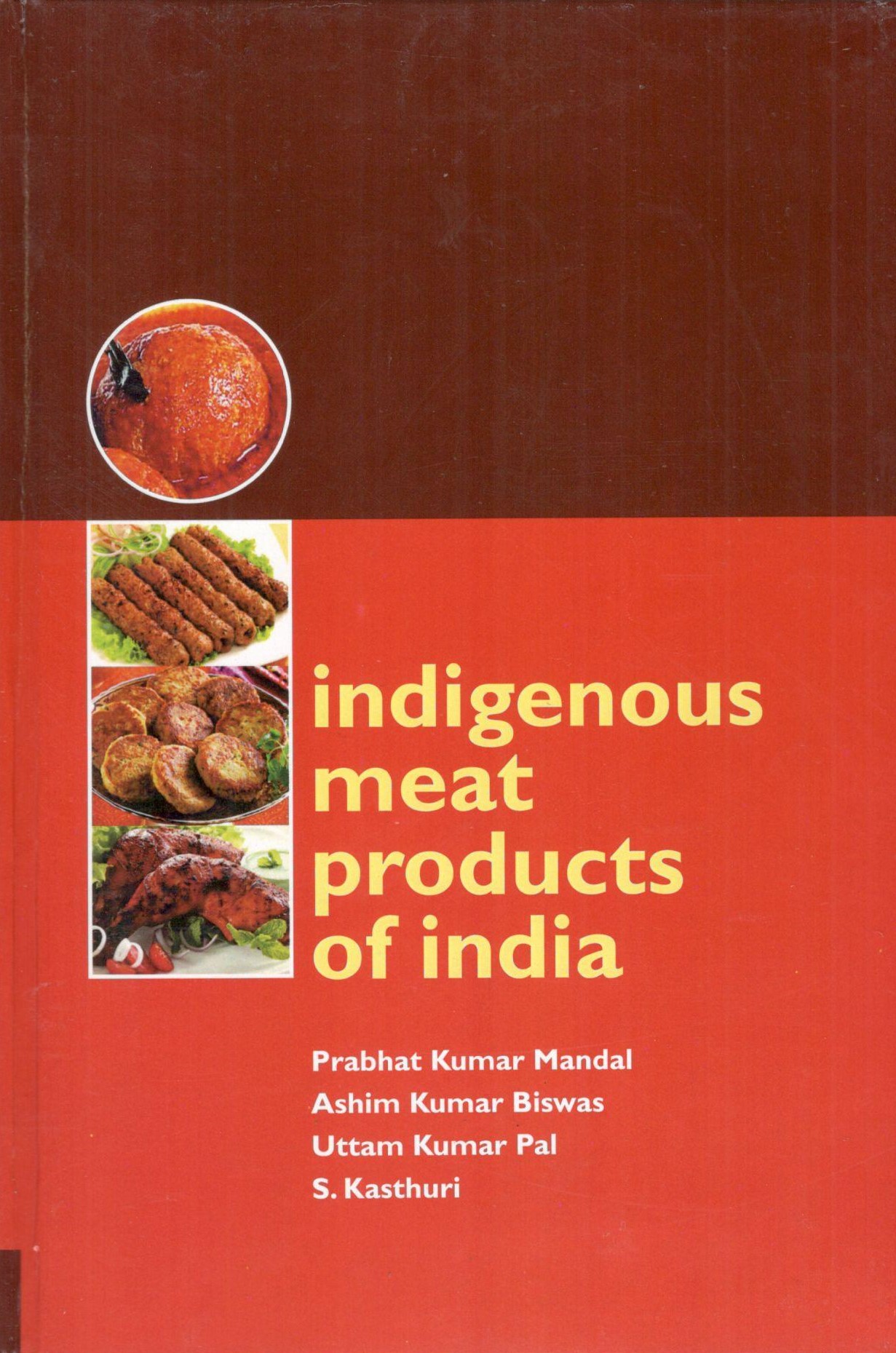 India can boast of as one of the target repository of traditional meat products in the world due to its varied culture , language , ethnicity. It is also due to the availability of variety of locally grown raw materials (animals , spices, herbs etc ) , climate and geographical differences among the different regions / states of the country. It is not possible to include all such products / preparations is one title but about 60 popular products from different regions of the country are presented with their details. This title is unique since it contain a large variety of popular indigenous meat products of India with their recipe , processing / preparation methodology, approximate composition , shelf life and sensory quality.        Common cook books which are mainly written by the renown chefs and passionate cooks . However , This title is completely different because of differences in approaches in presenting the materials . It is an amalgamation of scientific writing and cook book writing . It will be useful for people working in the food service industries , food science and technology labs, food processing industry and for people interested in cooking Indian Specialty products / preparations . People engaged in food products developments for marketing will also find this title a useful reference . Therefore , it is expected to be used by people of Indian subcontinent as well as in other parts of the world.

Dr. Prabhat Kumar Mandal Dr. Prabhat Kumar Mandal was born in 1967 in West Bengal, got BVSc&AH from Bidhan Chandra Krishi Viswavidyalaya, Kolkata, in 1991 and did his MVSc & PhD majoring in Livestock Products Technology from Indian Veterinary Research Institute, Izatnagar in the year 1993 and 1996, respectively. He is a recipient of National Scholarship from GOI (1984-1991), JRF (1991-1993) and SRF (1993-1996) from IVRI. He worked for a short period (1996) as Scientist (ARS) in ICAR and then joined as Assistant Professor in Dept of LPT in September 1996, in Rajiv Gandhi College of Veterinary and Animal Sciences, Pondicherry. He was promoted as Associate Professor in March, 2005 and Associate Professor, Senior Grade from March, 2008. Dr. Mandal is teaching several UG and PG courses related to Lcience and engaged in research on Meat Science and Technology/Livestock Products Technology since last 20 years. His research achievements include development of chicken meat balls from spent hen meat, utilization of blood protein isolates in sausages and cakes, development of poultry products utilizing edible byproducts, low fat restructured chicken block and using gizzard and natural preservatives. Presently he is working on development of functional meat foods with natural preservatives. Dr. Mandal has more than 150 publications in his credit. He worked as Visiting Professor in Hankyong National Univrsity, South Korea and Konkuk University, Seoul from March, 2008 to February, 2010. He was Associate Editor/Editor, Journal of Meat Science published by IMSA since 2003 -13. Presently Dr. Mandal is Editor-in-Chief of International Journal of Meat Science and (Indian) Journal of Meat Science. He has Edited an advance reference book "Animal Products Technology" and co-author of a text book "Poultry, Egg and Fish Processing Technology" for PG level and another text book "Abattoir, Byproducts and Wool" for U. G. Veterinary students. Dr. Mandal is a Fellow of Indian Poultry Science Association and Indian Meat Science Association.

Dr. Ashim Kumar Biswas Born on 05th March 1978 in West Bengal, got BVSc & AH from WBUA& FSc, Kolkata in 2000, MVSc (in 2002) and PhD (in 2005) in Livestock Products Technology from, Indian Veterinary Research Institute, Izatnagar. In 2005, he joined as Assistant Professor in the Department of LPT, SKUAST-Jammu. On Feb 2007, he joined as Assistant Professor in the Department of LPT, GADVASU, Ludhiana. Presently he is serving as Senior Scientist in Division of Post-Harvest Technology at Central Avian Research Institute (ICAR), Izatnagar. He has more than 150 publications in his credit. His main achievements in research is relating to evaluation of export buffalo meat for quality, development of enrobed meat products, restructured buffalo meat blocks, functional based & shelf stable value added meat products. His research also focused on development and validation of HPLC methodologies for detection of pesticide and veterinary drug residues in meat and meat products. He also standardized molecular techniques (PCR) for the detection of bacterial pathogens in livestock products. He teaches several LPT courses at the University and guides many undergraduate and postgraduate students since 2006. He handled or currently handling several research projects and grants funded by MFPI, DST, RKVY (Govt. of India), ICAR, etc in the capacity of PI and Co-PI. He has Co-edited an advance reference book "Animal Products Technology" and author of a text book "Poultry, Egg and Fish Processing Technology" for PG level and another text book "Abattoir, Byproducts and Wool" for U. G Veterinary students. Dr. Biswas is a fellow of Indian Poultry Science Association, NAAS Associate, Associate Editor, Journal of Meat Science and Indian Journal of Poultry Science.