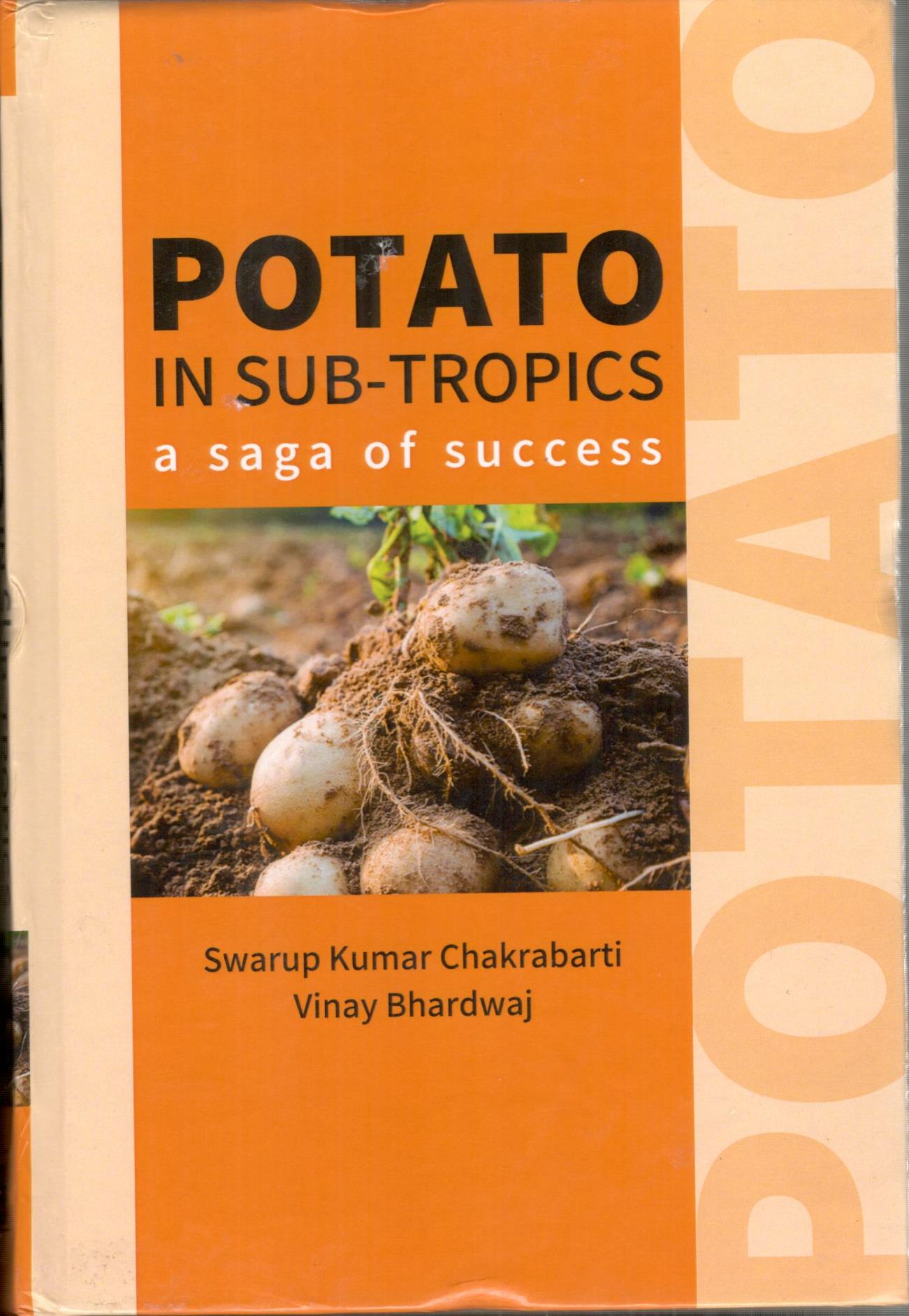 Potato In Sub-Tropics A Saga of Success

Potato in sub-tropics: A saga of success in the revised version of an earlier book entitled “Twenty stems towards hidden Treasure: Technologies that Triggered Potato Revolution in India” published in 2008 by central Potato Research Institute Shimla. Though potato is not a native crop of this cub-continent and was introduced only about 400 years ago. It became a household name today in India. However it remained an insignificant crop till 1949 largely become of poor productivity of introduced European varieties that ware unsuitable for cultivation in sub-tropical Indian plains having shorter winter days. ICAR-Central Potato Research Institute since its inception in the years 1949 developed suitable varieties and technologies that virtually transformed the temperate potato crop to a sub-tropical one enabling its spread from cooler hill region to the vast Indo-Gangetic plains as a rabi ( winter) crop. It triggered a revolution in potato production causing very fast growth in area, production and productivity during next seven decades. As a consequence the country recorded an increase in area under potato from 0.24 million hectares in 1950-51 to 2.14 million hectares in 2017-18 with the corresponding increase in production from 1.66 to 51.31 million tonnes. The preat book narrates in a popular reading fashion development transfer and adoption of twenty path-breaking technologies that established potato as the principle vegetable crop in India. Need – based development to those technologies facilitated transformation of temperate European potato to a subtropical cash crop. Remarkable growth of potato sector during last seven decades driven by those precipitating technologies enabled the country to emerge as the second largest potato producer in the world.