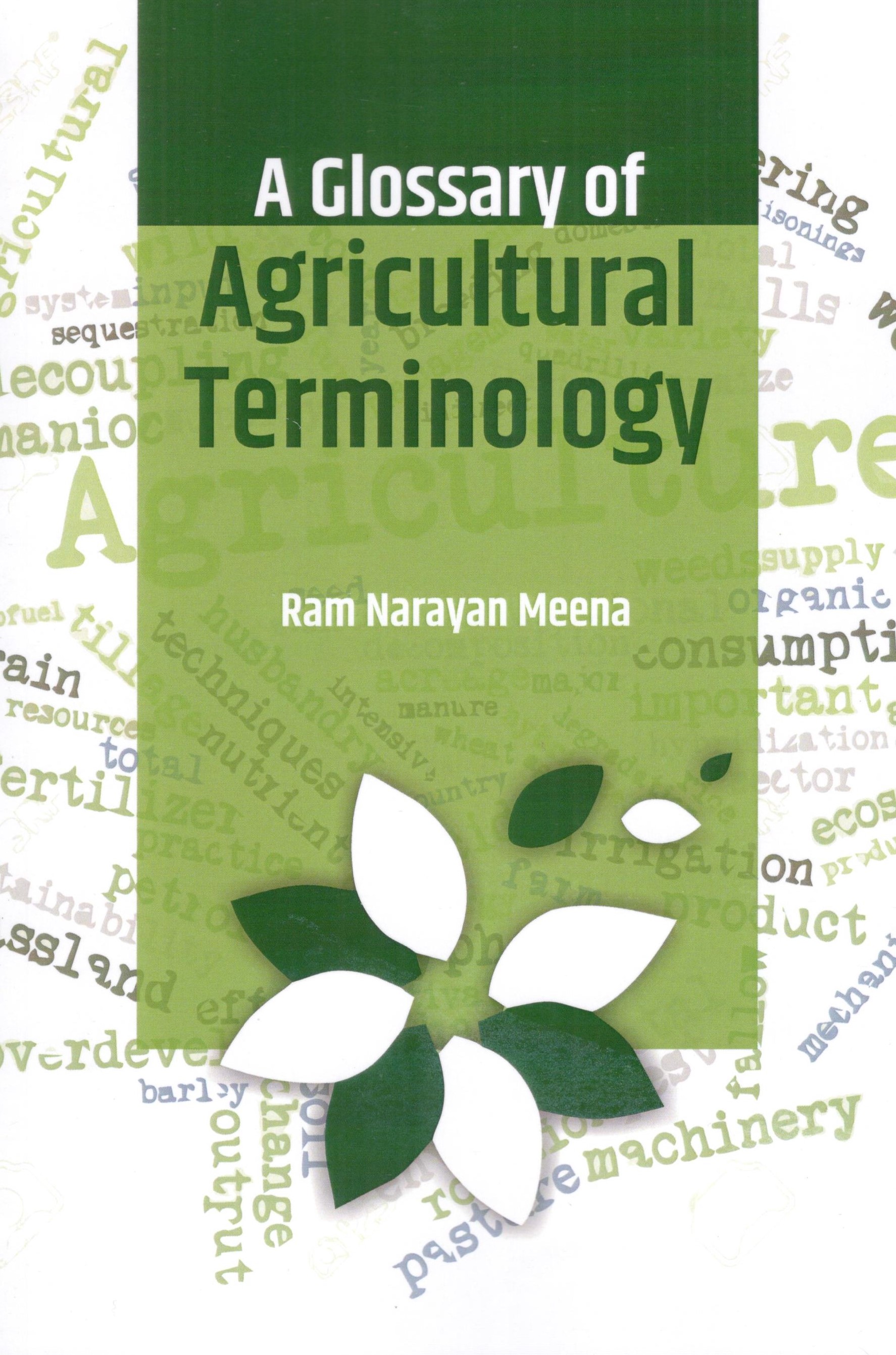 A Glossary of Agricultural Terminology

The book with a view to cover up one modern terminology “A Glossary of Agricultural Terminology”, is designed as a glossary for B.Sc. Hons. (Ag.) students and would be of help to those in M.Sc. (Ag.). I have started my sincere effort for past few years. I have tried to make it as up-to-date as possible. I am also aware of the fact that in the first edition of this book, there must be many shortcomings and printing errors. I expect that my fellow colleague teachers and specialists will co-operate with me by sending their valuable suggestions and criticisms which will be thankfully received and will help me in improving the next edition. In this book, various agricultural terminologies have been introduced as the present system of competitive examinations and pedagogy permits. This Agricultural Terminology book will be a vital tool for all those involved in the Agricultural production/agrochemical industry, agricultural scientists, botanists, farmers and besides those studying and teaching in agriculture. The book is written in simple language and even complex concepts have been reduced to easily understandable discussions. The author has attempted to incorporate the recent developments in the field of agriculture without sacrificing the simplicity of language and style

Dr. Ram Narayan Meena originally belong to the village Bhaglav, 12 km away from district headquarter of Dausa, which falls under the state Rajasthan. Dr. R.N. Meena graduated from Jobner campus of Rajasthan Agricultural University, Bikaner, (presently, Shri Karan Narendra Agriculture University, Jobner), also obtained his post graduate degree in Agronomy discipline from the same campus and doctoral degree from BHU, Varanasi. He is known for his outstanding teaching and research ability in the field of Crop Production and Soil Fertility Management. As Associate Professor of Agronomy for about fourteen years, Dr Meena has been major advisor for over 30 PG students and 07 Ph.D. Scholars. He has to his credit more than 80 research publications in National and International Journals. Dr Meena has also authored 8 Books and 10 Practical Manuals of his specialization. In his proudest achievement Dr. Meena has been awarded Raj Bhasha Gaurav Award-2015 as a first by Hon’ble President of India on the Book written by him in Hindi- Krishi Shasya Vigyan ke Siddhant. A well known Agronomist outside Banaras Hindu University, Dr Meena is a recipient of Best University Teacher Award for Excellence in Teaching in Agriculture for the Year, 2012-2013 & 2014-15 from ICAR, New Delhi. In recognition of his outstanding achievements, he is a Principal Investigator in SERB (DST), Major Research Project, New Delhi and editor-in-chief of journal, Indian Journal of Crop Ecology and member of several societies and committees. Dr Meena is currently Associate Professor (Stage-4), Department of Agronomy, Institute of Agricultural Sciences, Banaras Hindu University, Varanasi-221005 (UP), INDIA